5 Ways Your Band Can Maximize Their Social Media

I’m going to go out on a limb and suggest that your band is on Facebook. They’re probably on Twitter and Instagram as well. That’s because, gigging aside, social media is pretty much the number one way in which bands promote themselves these days. Ask anyone with even a modicum of music industry knowledge and they’ll tell you: if you want to make it, make sure you’re using social media.

The problem with this advice is that, while pretty much everyone is using social media, very few people are using it well. I’m frequently dismayed by the number of awesome bands who come across terribly online. Often, these bands use social media so badly that they end up sabotaging their own attempts at self-promotion, damaging their brand in the process.

I understand that you didn’t become a musician because you wanted to be a master of social media. But you need social media skills if you want to make your band successful. With this in mind, here are my five top tips for making the most out of your social media account. Put these into effect, and you can maximize your online presence, boosting your band’s fan base in the process.

Your band’s Facebook or Twitter page is not your personal account. This should go without saying, but the amount of bands I see using their social media page in this way is baffling. If I’m following your band, I’m doing so because I’m interested in your music. I don’t care what you had for breakfast or what you thought of last night’s episode of Better Call Saul, so don’t tell me!

Even worse than bands who post irrelevant content are bands who post irrelevant content that is offensive to their audience. Think carefully about the kind of people that follow your band before you post. If there is the chance that a proportion of that demographic might find your post offensive then don’t post it, even if you find it hilarious or relevant to your band. Doing so is a sure fire way to lose fans and tarnish your reputation.

The occasional off-topic post is fine. Strategically posted, they give your followers a better sense of your band’s personality. But you’ve got to keep things relevant to your band and your music, otherwise your followers are going to get bored very quickly. Which brings me to my second point…

Always Have Something to Promote

If you want to keep your social media followers interested, you need something for them to be interested in. That means regularly generating new content that you can promote via your social media accounts. I should clarify that, by content, I’m not necessarily referring to music videos or new studio recordings. Those things are expensive to produce, and are prestige products that your band should only be putting out intermittently. Your more day-to-day content includes things like gig photographs, live clips, rehearsal clips and video updates- they’re basically media tidbits to keep your fans engaged and to show that your band is an active unit.

There is a caveat to this. Whatever you end up posting needs to be quality. Unfortunately there are plenty of bands out there who are prolific promoters of rubbish content. Clogging your social media stream with crappy smartphone videos and blurry, out-of-focus photographs doesn’t do you any favors. In fact, it makes you look like a bunch of amateurs. Invest in a halfway decent setup to produce your AV content; buying an HD camcorder and a portable audio recorder is a good place to start. Alternately, make friends with people who can do it for you. Student photographers and filmmakers are great people to make friends with when you’re in a band. You might have to spend a bit of money, but the impact on your social media presence will be noticeable.

Engage With Your Followers

The people who follow you on social media are doing so because they want to connect with you. So you need to connect with them! Gone are the days of rock star mystique and massive egos; you need to be approachable and interactive. That means if someone sends you a message saying they enjoyed a gig, then get back to them as soon as possible and thank them for coming. If someone likes your band’s Facebook page or starts following you on Twitter, take the time to send out a personalized message thanking them and follow them back. These are small gestures, but they mean a lot to people. If your fans know that you appreciate them, then they will keep coming to your shows, keep buying your merch, and will promote you to their friends. Your social media followers are also your customers. Treat them right.

Big Up Other Bands

For some reason, there are many bands out there who view their contemporaries as competitors. There’s nothing wrong with a bit of healthy competition, but seeing other bands as your enemies is stupid and detrimental to your local scene. If you discover a local band who you like, then let your followers know about them. The more bands are doing well locally, the healthier your scene is. This means better gigs opportunities for you. Be nice. It will pay off in dividends.

Conversely, if you find yourself in a situation where another local band has disrespected you, your social media account is not the place to rant about it! The same logic applies to promoters, venue owners or anyone else who you might encounter on the local scene. Regardless of whether you are in the right, taking to social media to talk smack about another act makes your band look childish and amateurish.

Learn How to Write

There are plenty of bands out there who are great at observing the first four points, but still have a terrible social media presence. The reason? Their written communication is awful. Check out how your most successful favorite bands behave on their official Facebook and Twitter pages. You’ll notice a distinct lack of spelling mistakes and grammatical errors in their posts. Clarity of communication is tremendously important on social media. If your followers have to spend time trying to decipher what your posts are trying to say, then they will stop reading them. Brush up on your grammar and proof-read everything that you write, you’ll engage with more people and make your band look professional. 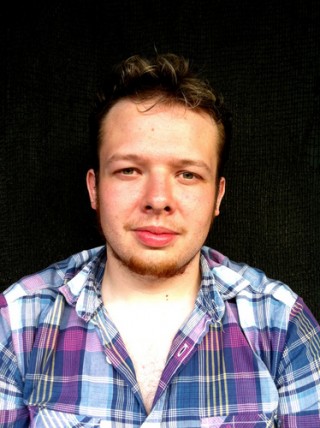 is a SplashFlood contributing writer. He is writing a PhD thesis on liveness in rock music at the University of East Anglia. He is also a freelance media journalist and the frontman of Norwich based Hard Rock band Monster City.