By forging glitchy sounds, similar to those of Samples and Noisia, together with the musical vibe Hollywood movies and Age of Mythology have listeners associate with Ancient Egypt, AHAB brings Egyptian divinity to the 21st century.

The Texas-based producer kicks of the Osiris EP with the track “Occult,” which features deep resounding drums accompanied with the track’s distinct synthesizers. While still residing in the same ballpark, the EP’s second runner up called “Serbia” has the same feel as its predecessor, but with a more futuristic and intense sound.

Deliberately or not, AHAB slows down the tempo for the last two tracks of the EP, almost like he paves the way for Osiris ascension.

“Mecca (Feat. Nick Van House)” can still be considered intense with its sharp lead synthesizers. Yet, the track offers a certain kind of cloudy mystic with its wailing samples and slow beat.

Named after the EP and the Egyptian god, the last track is called “Osiris.” It features a certain apocalyptic sound, combining both elements from Dubstep and Glitch Hop, which provide a clever musical symbolism the god of death and the underworld.

Overall, the Osiris EP is an intriguing experiment that combines show business image of ancient Egypt with a contemporary musical scene, which creates a sound suitable for an apocalyptic sci-fi movie.

Get a copy of AHAB’s “Osiris EP” via Gravitas Recordings on iTunes now. 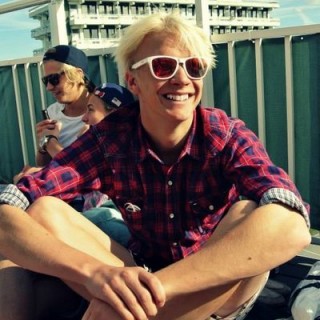