Though vinyl still holds a small place within the music market, its sales figures have been on the rise.

Nielsen reports that U.S. vinyl album sales between January and March of this year have been 53% higher than during last year’s comparable period. Catalog LP sales make up the bulk of this figure, but current releases, up by 37% from last year, shouldn’t be overlooked. As a whole, Vinyl sales have grown 260% since 2009 according to Nielsen. Last year, album sales rose to 9.2 million from 6.1 million in 2013. 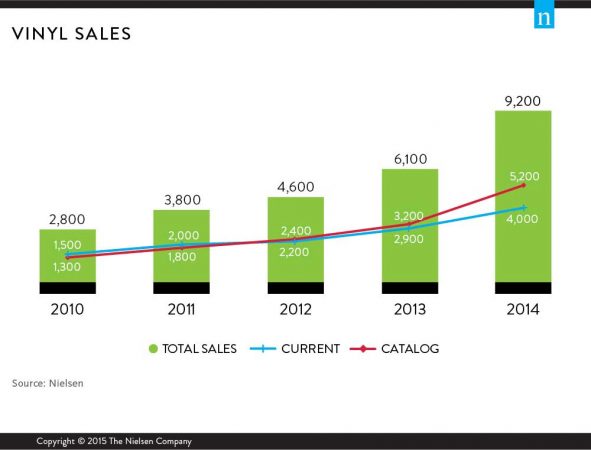 The U.K. has been experiencing similar results. Over 1.28 million vinyl records were sold in the U.K. during 2014. The last time vinyl sales reached this number was in 1995 when 1.41 million were sold. This LP comeback in Britain has caused the industry’s official charts compiler to launch official vinyl sales charts, which include both full albums and singles.

James is a handsome, multi-talented writer and musician from northern New Jersey.