At a press event held earlier this week, Spotify announced some exciting new features that will be now available in the app. The announcement brings a series of improvements including service with audio and video shows, a new recommendation mode which connects to Runners pace of speed to select a curated track choice, as well as an updated Now section based on your listening trends.

In a world where everyone’s phone stays with them everywhere they go, Spotify is recognizing that people are of course exercising while using the streaming application, so why not improve the user experience and start targeting lifestyle features in their users. Spotify has cumulated over 25 billion listening hours since their inception, and it’s apparent that they are interested in expanding their app beyond just music, which in turn, would create even more opportunity for people to use the platform. 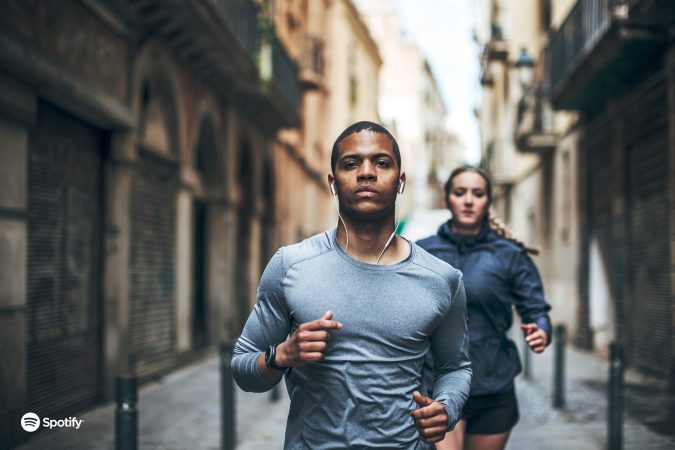 Spotify has partnered with companies like ABC, BBC, Comedy Central, ESPN, NBC, TED, and Vice Media to offer an entertainment section which presents an immediate competition with the world’s leading platform, YouTube. It’s not certain however, if user’s will be able to eventually hose their own audio and video shows within the app, but we can certainly see this being a powerful tool that they could be keeping in their back pocket. Running time for these types of shows within the app will tap out at 10 minutes upon launch.

To focus further on user trends and listening habits, Spotify is also rolling out a revamp on their ‘Now’ recommendation page. This will include a combination of editorial curation tied in with algorithms for track suggestions and music selections based on different times of the day. Their featured playlists are becoming a powerful tool to discovering new artists and these improvements will only enhance the user experiences even more. Why is it that we trust their recommendations? Is it convenience alone? It’s getting harder and harder these days to really find a needle in a haystack with the saturation of bands worldwide, and Spotify is recognizing the opportunity at hand to engage their users.

The million dollar question, will these enhancements and improvements alone be enough for Spotify to compete with the threatened rumors of Apple releasing their new ‘Apple Music’ based platform? We’ll just have to wait and see..