The Importance of Having Good Album Artwork

Behind every great album is great artwork. The design of an album’s cover is a crucial aspect of the album itself. Although it might seem that an album is all about the music, the artwork is the face of the album, which means that it’s the thing that gives potential listeners their first impressions. Your album’s first impression is central to its success.

There is one overriding purpose for album artwork: to attract listeners to your music. Essentially, an album’s artwork is the equivalent of a book’s cover. Even though we are told to never judge books by their covers, we still do! Your band may create beautiful music, but without attractive artwork, it may go unnoticed. Good album artwork is visually appealing yet incorporates the music and musicians into it. In order to attract listeners, make sure your artwork not only looks interesting, but also represents your band. It may be unwise to advertise your music incorrectly. Below is an example of an album cover that fulfills this purpose.

This classic album thoroughly summarizes the songs as well as the artists during this time in their career. The fog and ponderous nature of the person both contribute to the mysterious theme of the album. The clothes, accessories, and scooter illustrate the aesthetic of the time. The subtle placement of the band’s name (on the back of the person’s jacket) lightly shows the listener/viewer what they are hearing/looking for while providing a refreshing new approach to branding. The even subtler addition of the musicians’ faces in the scooter’s mirrors add to the focus on the person and, in turn, the music itself and the meaning behind it. The placement of the title, Quadrophenia, is unique and forms a comforting border that completes the artwork. Overall, the design of this album cover perfectly combines The Who’s style and music with the purpose of the album in a way that visually attracts listeners.

There are two secondary purposes for having good album artwork.

The first: to exemplify your songs on the album. Your music is the most important part of your album. This means that the artwork should give a visual summary of your songs. Try finding images or colors that set the scene for your songs, whether it is happy and flowery or angry and noisey. Here is an example album cover that fits this purpose.

This album artwork is unique and visually striking. The large white border attracts the eye and, not to mention, the wrecked car causes a double take. It creates an effect similar to rubbernecking (the act of looking at a car crash on the side of the road while driving, causing traffic jams). The placement of the title mimics a modern text message with the image and text underneath. The title itself is also casual and modernly colloquial, which is fitting for the contemporary punk. All of this creates a particular vibe that exemplifies the album’s songs as a mixture of folky-punk-pop.

The next secondary purpose: to express yourself as an artist. Creating music is a form of creating art, which makes musicians artists. Your album cover should also display your individuality as an artist and illustrate your style. This can be achieved through choosing a certain font, color palette, creating your own cover from scratch, and much more. Try not to limit yourself with this purpose. Allow your creative talents to flow onto paper (or a monitor) as you design something truly representative of you and your band’s artistic expressions. An example of album artwork that demonstrates this concept is displayed below.

Although it is not the most visually striking artwork, it accurately depicts the band’s style. The cover epitomizes the band members as musicians and their genre, which is effective if that is the most important factor for an artist. However, it could be less effective in regards to the aforementioned purposes. The title of the album, Parabolabola, is written in a style that represents Filter Free Rodeo’s music, which is a combination of punk, pop, and garage music. However, the rest of the artwork seems a little generic. This combination of images and design leaves the artwork portraying the band’s music appropriately, but not attracting the eye.

Album artwork is an important part of your music. Without it, your album is like a book without a cover. Creating good album artwork takes time, but it is well worth the effort. Be sure to consider the above purposes as you design it. Keeping your audience in mind while still showing your artistic and musical expression is central in making your album cover. 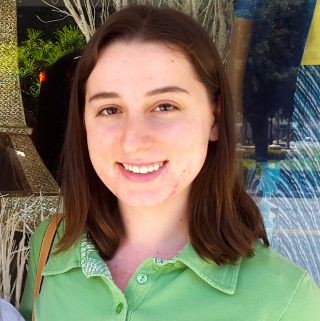 Valerie is a lover of indie music and avid concert-goer.