4 Reasons You Should Sell Your Music By The Single
Ever think of selling your music by the single? Or have you ever thought about re-releasing some of your album cuts as singles? If not, you should be. Why? Well, aside from the fact that fans are starting to shun albums, here are four pretty good reasons.

Assuming you are not God and can whip out a full album every month, making your fans wait six months to a year (or more) between releases is an eternity these days, especially when there is so much else going on in the lives of the music fans we are trying to win over. By releasing singles, you stay relevant in a music market where releasing music only one or two times a year is almost the same as releasing nothing at all.

2) You Build A Loyal Fan Base Faster

When you release music, you are essentially opening the up the lines of communication with your fans. The more often that you release music, the faster you and your fans are going to get to know each other. By releasing singles, you create a loyal fan base faster; a fan base that gets in the habit of getting music from you on a regular basis. They begin to anticipate each release. You win.

By releasing singles, you replace procrastination with the sense of purpose that is created from frequent delivery of music. You can’t sit around and wonder why your career is going nowhere because you have work to do.

4) You Get Paid More Often

Get paid eight to 12 times per year instead of just once or twice. You can’t lose.

Let’s review. When you release singles you:

If you are willing to put in the time and effort, releasing singles is a great strategy. Want to see how I did it?
Click here to get a FREE copy of my ebook, Sell More Singles.  You will see exactly how I built my fan base faster, generated more buzz and sold more music by releasing singles. 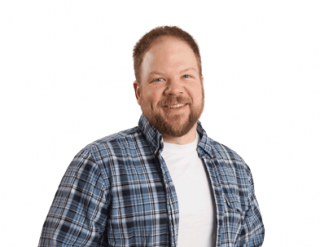 Corey Koehler is an indie singer-songwriter from Minnesota (you betcha). He shares everything he learns about music marketing with musicians on his blog at http://musicgoat.com.