We are super excited to announce the winners for the 2016 Symphonic Awards! We have the pleasure to work with an amazing client base, consisting of musicians and record labels, who strive all year long to release great music all across the world. The Symphonic Awards is our way of recognizing their efforts.

Now that 2017 is upon us, let’s carpe that freakin’ diem and make it a year to remember! 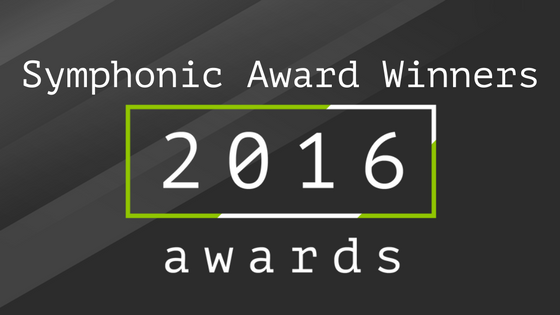 This year’s Label of the Year is the up-and-coming label, Roush! Roush Label is established in Spain by Hector Couto with a clear idea on his mind, offer something different not based on new trends” and the main focus would always be on “Good underground house music”. We are a label with clear ideology and passion on what we do, we are underground, we are Roush. Thanks to all the people who follow & support us.
Support + Follow // Facebook  |  Twitter

Born in brasilia capital of brazil, Alok inherited musical family background trough his parents DJ’S Swarup and Ekanta both pioneers in the electronic music scene in Brazil. Since early days he followed his parents on tours and festivals which consequently got himself immerse into the musical scene. Alok dived in the music universe to learn the Dj mixing skills and give his own twist. 10 years after the beginning of his journey, Alok has been working on his own musical productions which vary from a very original techno grip combined with the ultimate house music grooving influence. We see nothing but success to come for the talented producer!
Support + Follow // Facebook | SoundCloud | Twitter

Gigabeat is a Miami based record label formed in 2008 as an outlet to showcase up and coming talent along with established acts. Specializing in House, Techno & Breaks that focus on the underground sound of South Florida. The quality of their work is by far some of the best we have seen and are honored to be able to help them in their journey!
Support + Follow // Facebook | SoundCloud

Dazzo is an electronic DJ from São Paulo, that is taking over the Brazilian scene by storm. Packing underground clubs and filling them with his Indie/Nu Disco, Techno, and Tech House beats. In addition to packed schedule, he is also the label manager for Castle Records. We see an incredible talent and potential in the up and comer and someone to keep at eye out for.
Support + Follow // Facebook | SoundCloud

Cresting the modern wave of electronic producers, Psymbionic creates aural experiences that explore the range of multi-tempo Bass Music within an influential and dynamic culture. With an ear for situational relevance, Psymbionic enjoys turning non-traditional sound design and infectious rhythms into dancefloor heat, while also maintaining his history in the downtempo, emotive side of the electronic sound. Psymbionic’s theory of music is a journey that doesn’t visit the same place twice, building excitement for what’s next not because you can anticipate it, but because you’ve never been there before.
Support + Follow // Facebook | SoundCloud