The Best Posters at SXSW 2017
We had an amazing time at SXSW Music Festival this past week. As we were roaming the streets of Austin, we came across a bunch of awesome posters that we’ve compiled to share with you!

Migos: Culture is the second studio album by American hip hop group Migos. It was released on January 27, 2017, by Quality Control Entertainment, 300 Entertainment and Atlantic Records. 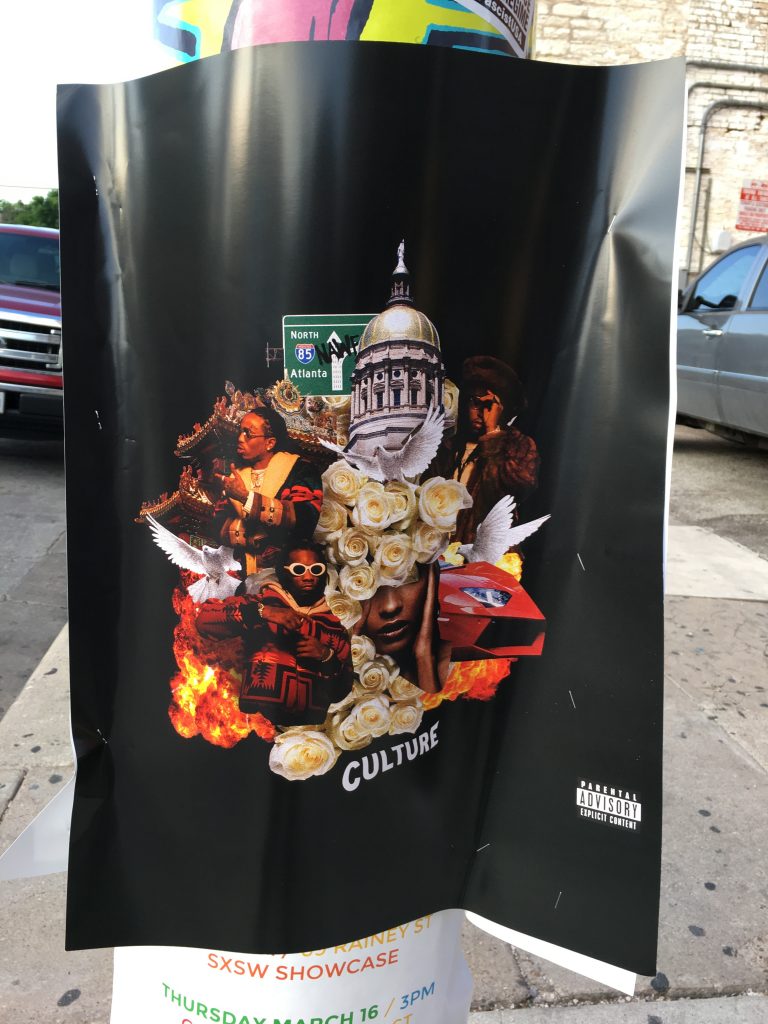 Stoppa: A product of Houston, TX and a Los Angeles, CA transplant, Stoppa is setting the streets on notice in just a few years of making his entry into music. The recent LA migrant moved to the West Coast ten months ago to be closer to the well renowned EDM Duo GTA (Good Times Ahead). 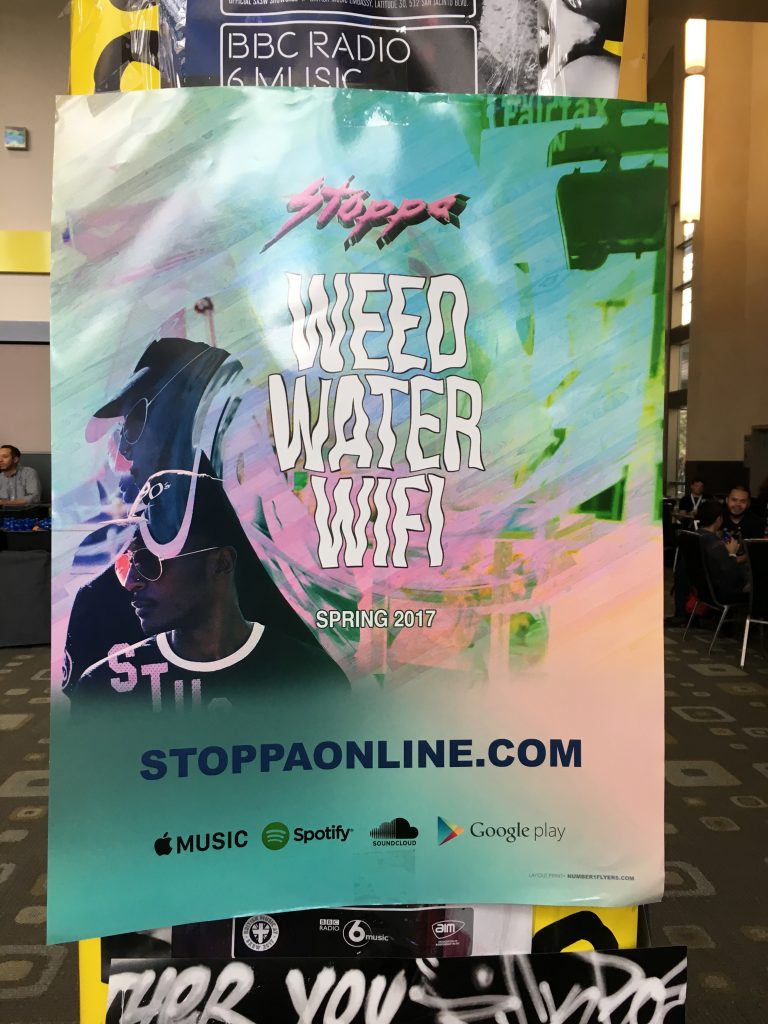 Symphonic Distribution: This year we created colorful posters to display our message throughout SXSW! 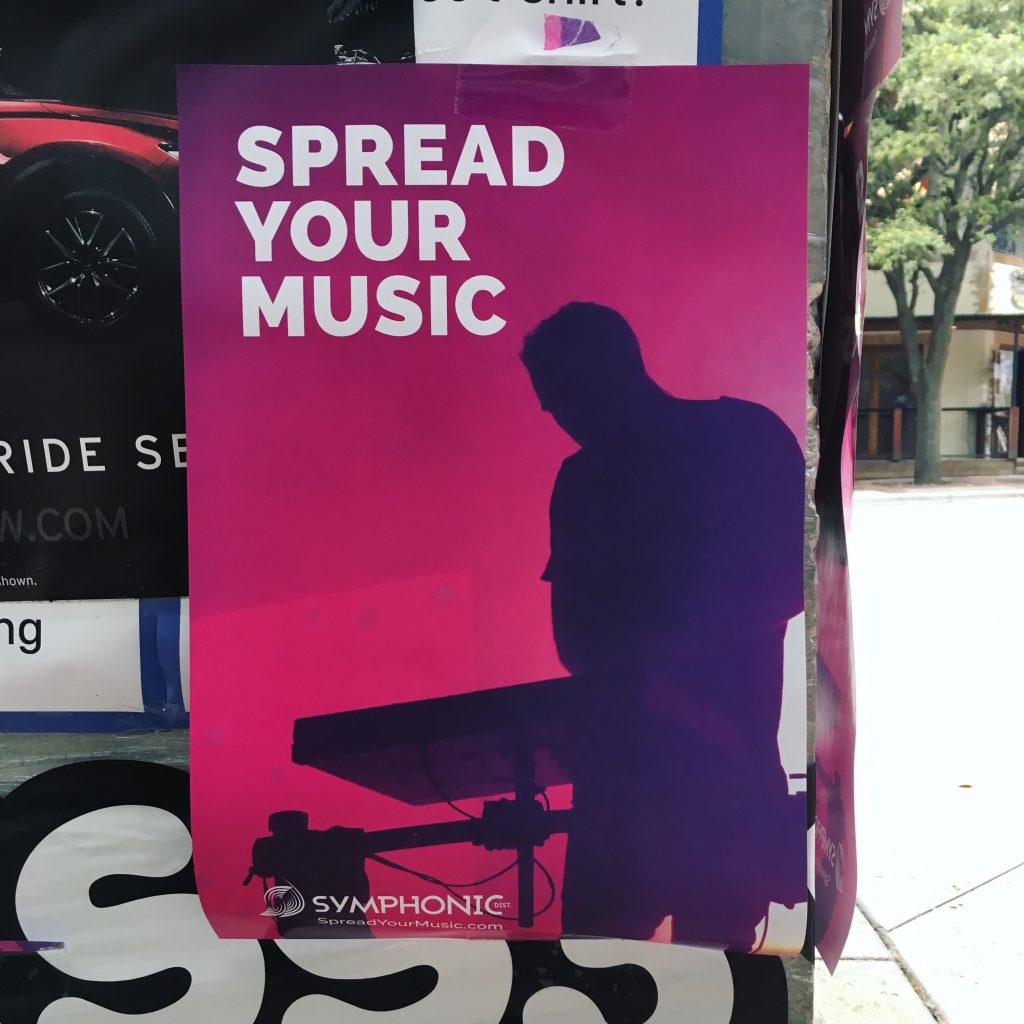 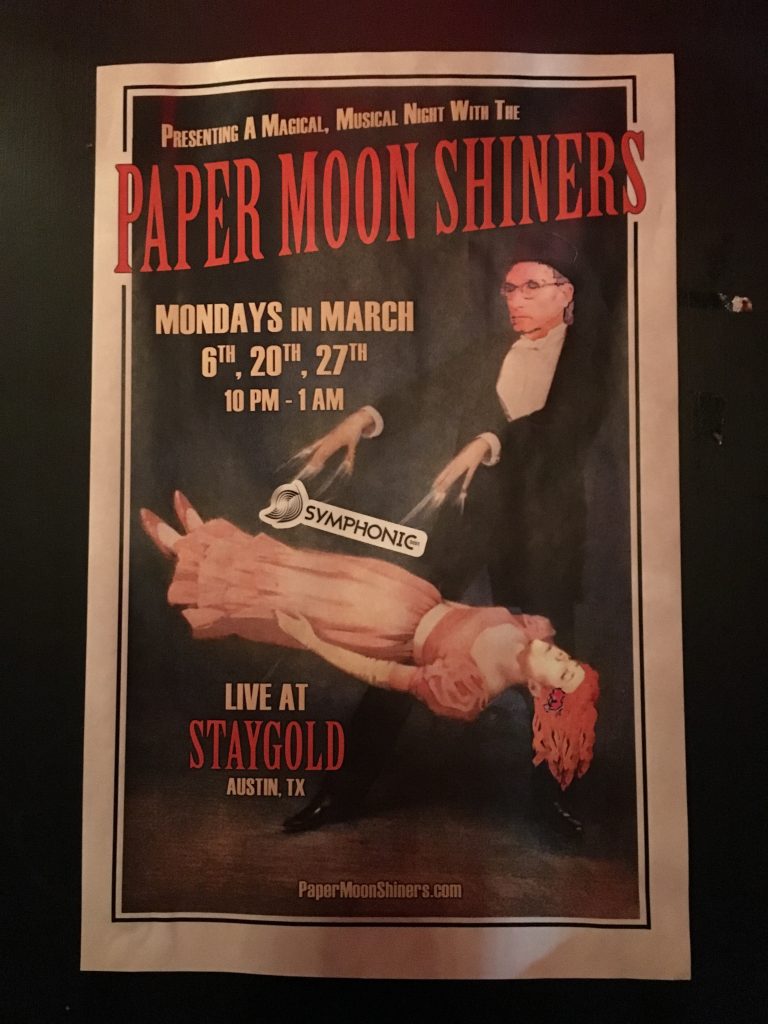 Touching Bass: A DJ Set by Beatsmode dedicated to the joining of Ghetto Hip-Hop and Underground Bass Music. 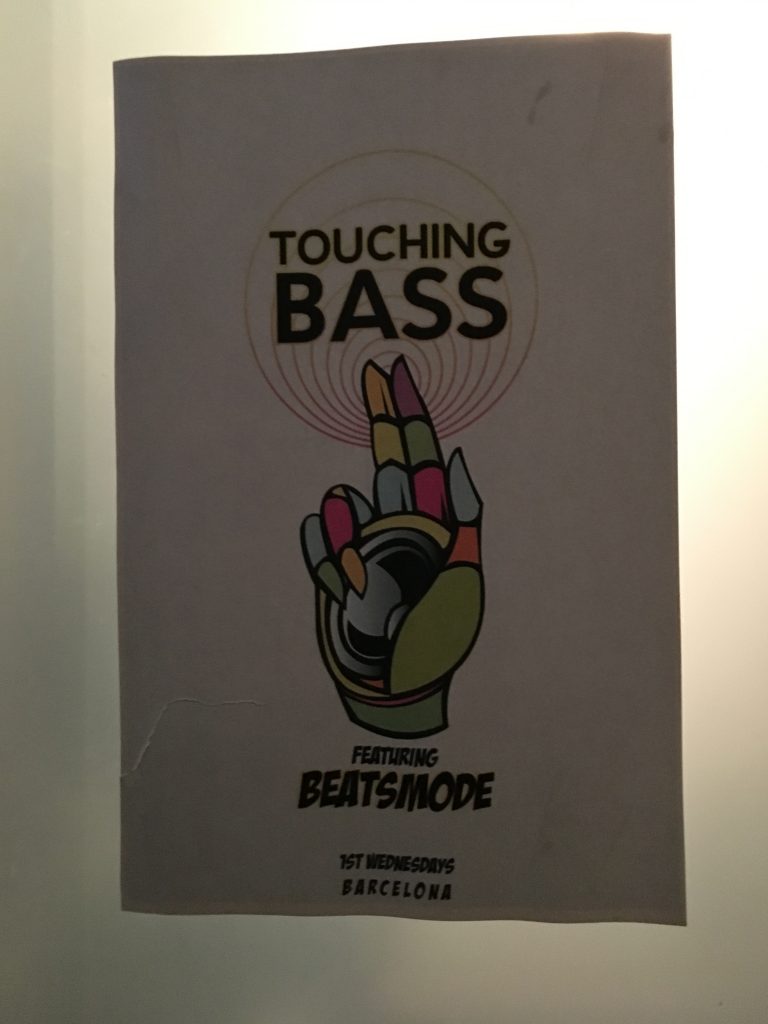 Brazil Music Exchange: Series of gig posters for Brazilian artists. The briefing for this project was to use classical american symbols and give them a Brazilian touch, as in an invasion, and giving a bit of humor. 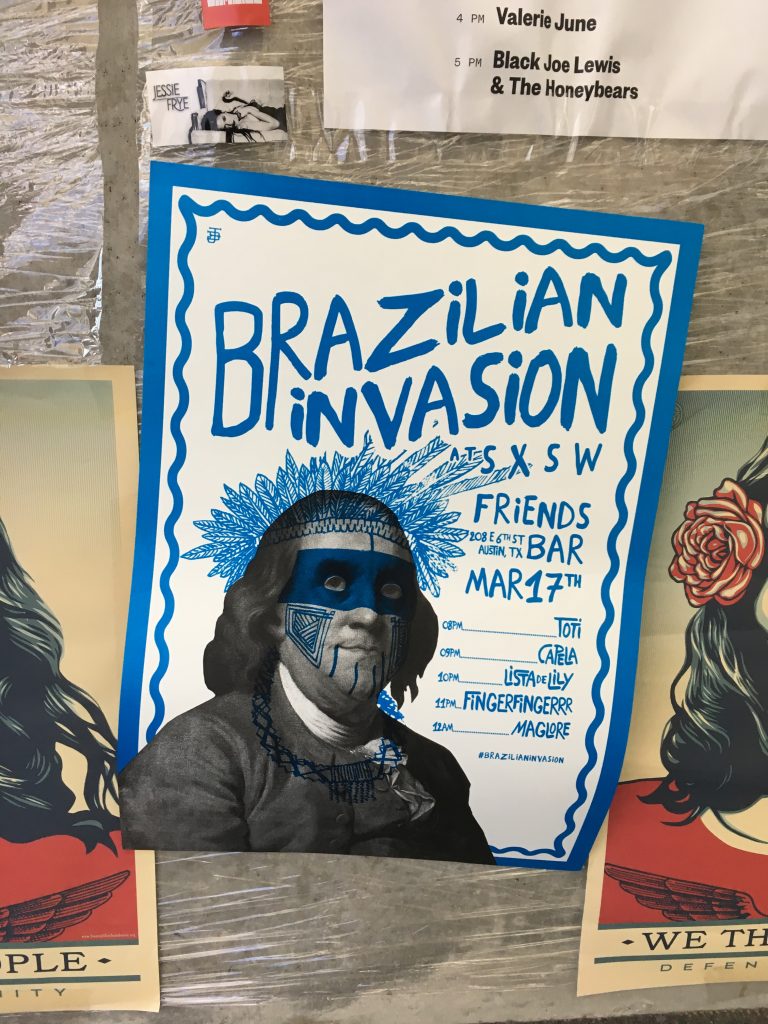 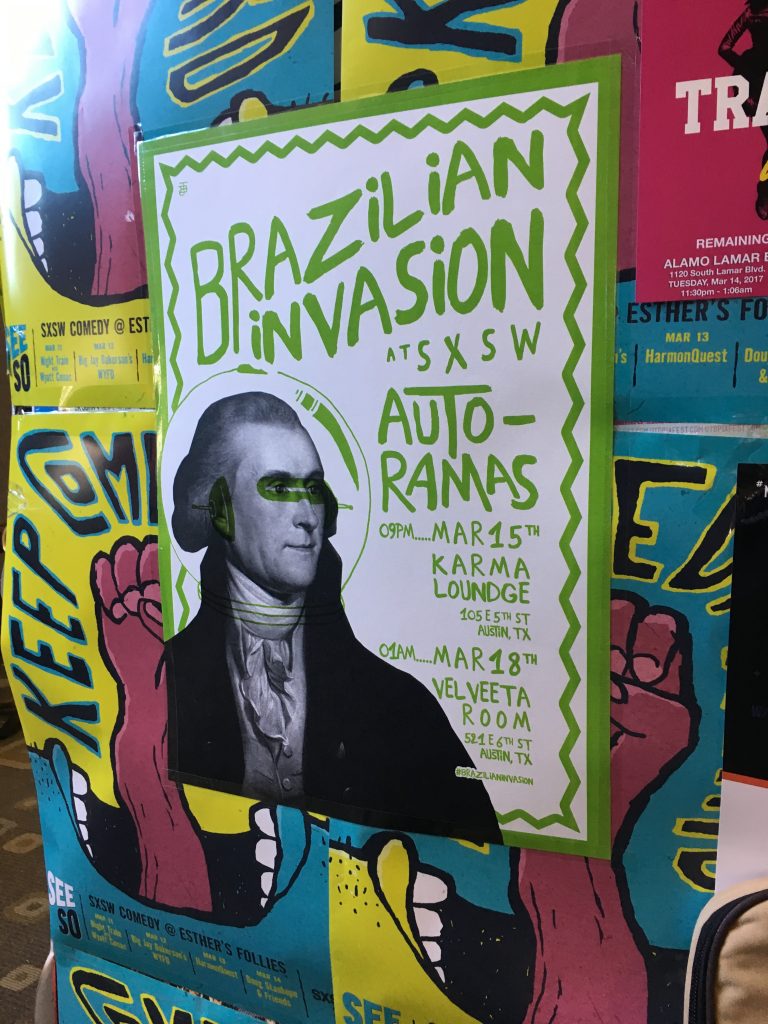 The Official SXSW Closing Party: Closing out the night and our SXSW 2017 journey was emo rock heroes Jimmy Eat World who drew a big crowd hoping to recapture their youth, including Silicon Valley’s Kumail Nanjiani who dropped in to check them out. 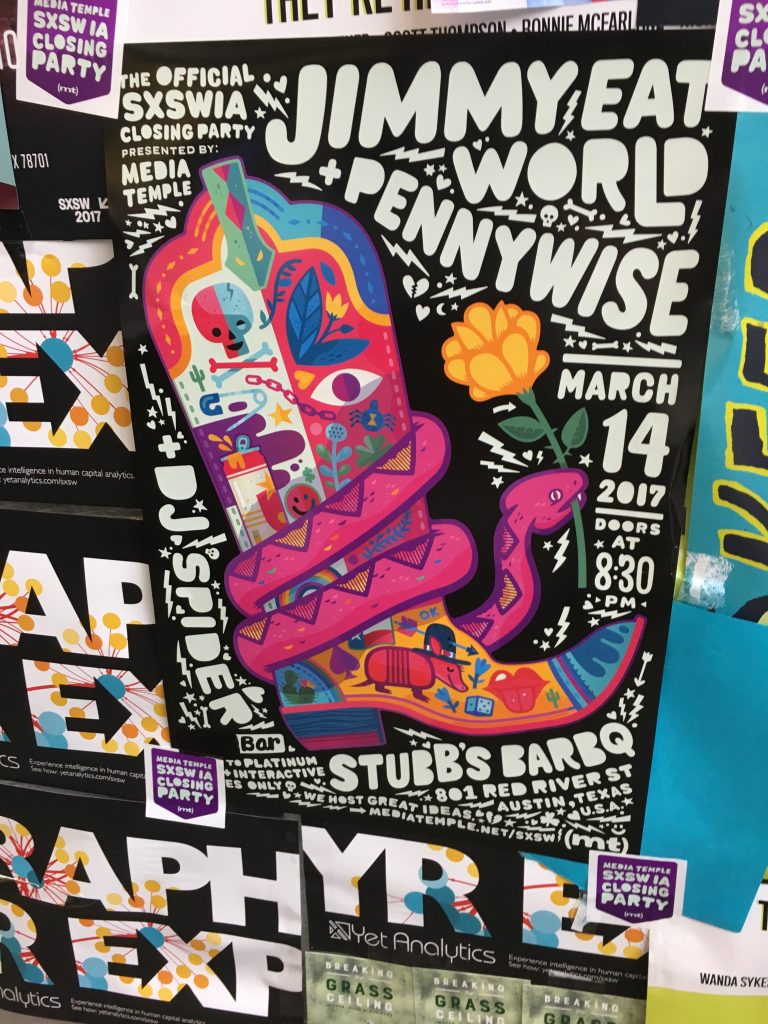 Here are some other cool posters we saw:

MFA: The accidental death of her rapist sets an art student on a course for justice, fueling the inspiration for her thesis exhibition. 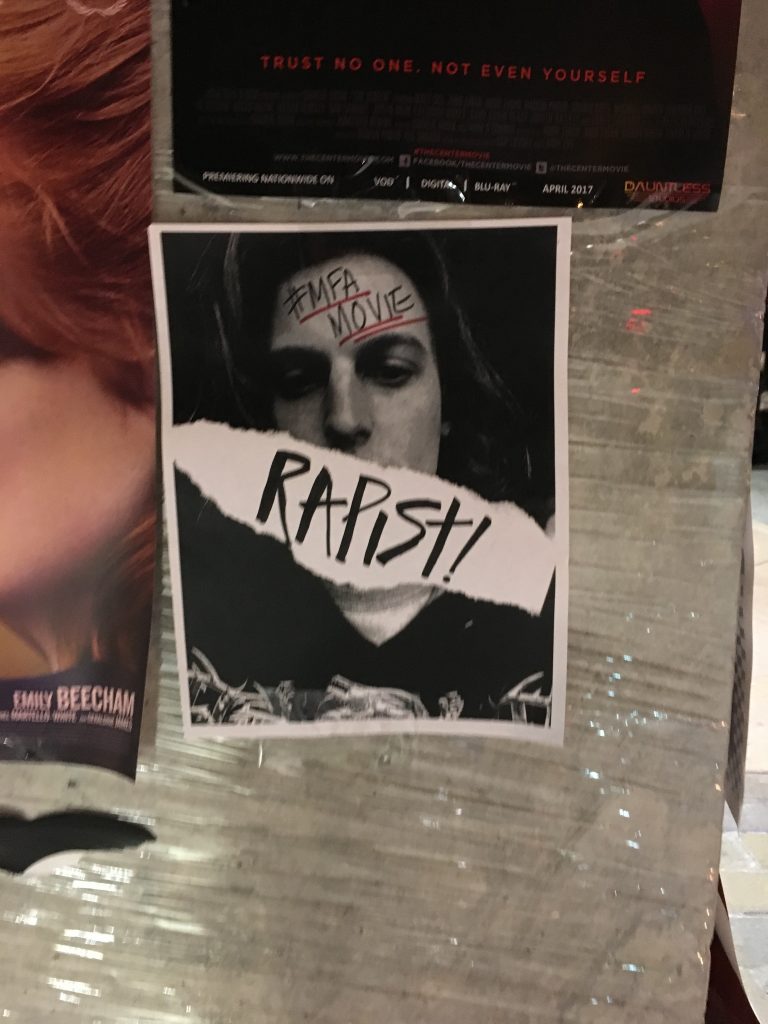 Tragedy Girls: Sadie and McKayla are two social-media obsessed best friends who will stop at nothing to build their online following. The self-titled “Tragedy Girls” kidnap Lowell, an unambitious local serial killer, and force him to mentor them into modern horror legends by committing murders to blow up on the internet. As the bodies fall, the girls become national news and panic in their small town hits a fever pitch — just then, Lowell escapes! Now with the local Sheriff closing in and their relationship on the rocks, the girls must rethink their plan before they find themselves the latest victims of their own killing spree. 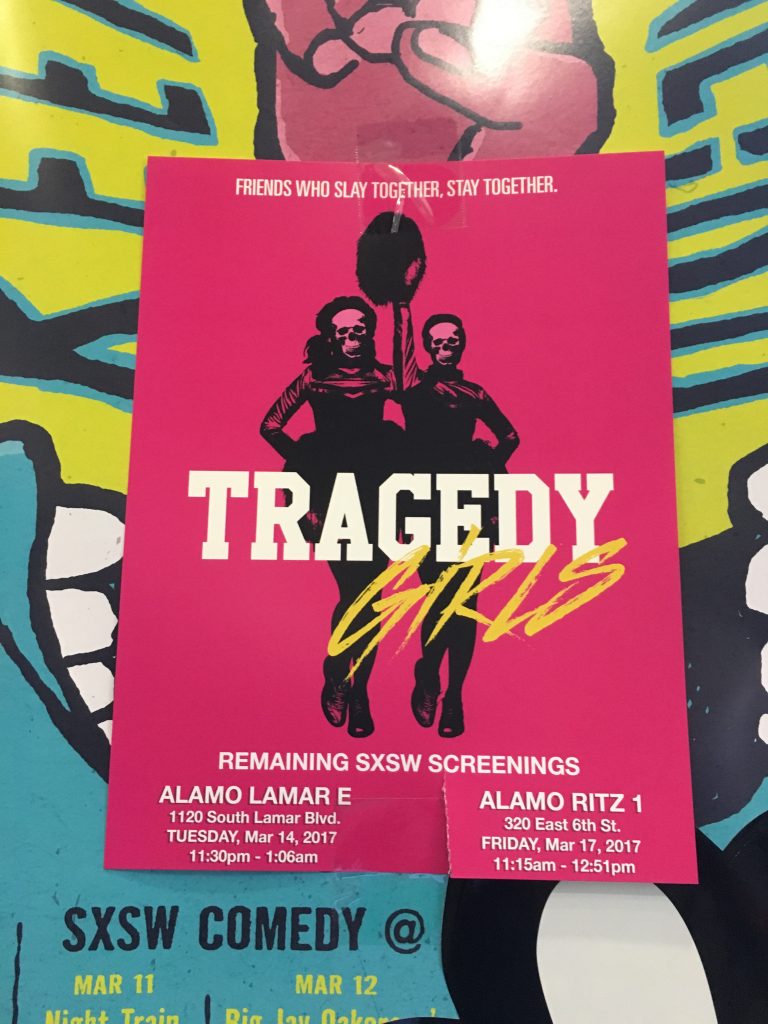 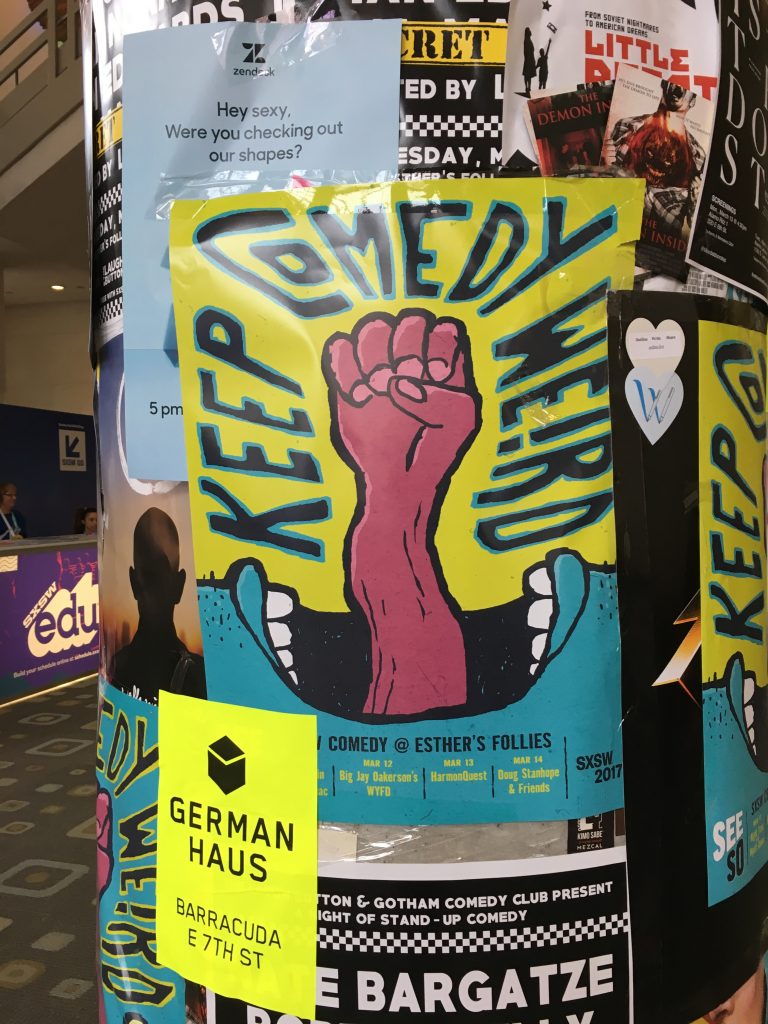 Ramblin’ Freak: In the wake of a devastating personal tragedy, struggling would-be filmmaker Parker Smith decides to take a road-trip across America. Intending to make a “lo-fi” documentary about his journey he purchases a decade old camera off of eBay, and is surprised to discover that it holds a long forgotten video tape containing strange home video footage of the notorious bodybuilder Gregg Valentino, a/k/a ‘The Man Whose Arms Exploded’.

Parker Smith debuted his film “Ramblin’ Freak” at this year’s SXSW with a pretty funny poster. Check out full details on the documentary here. 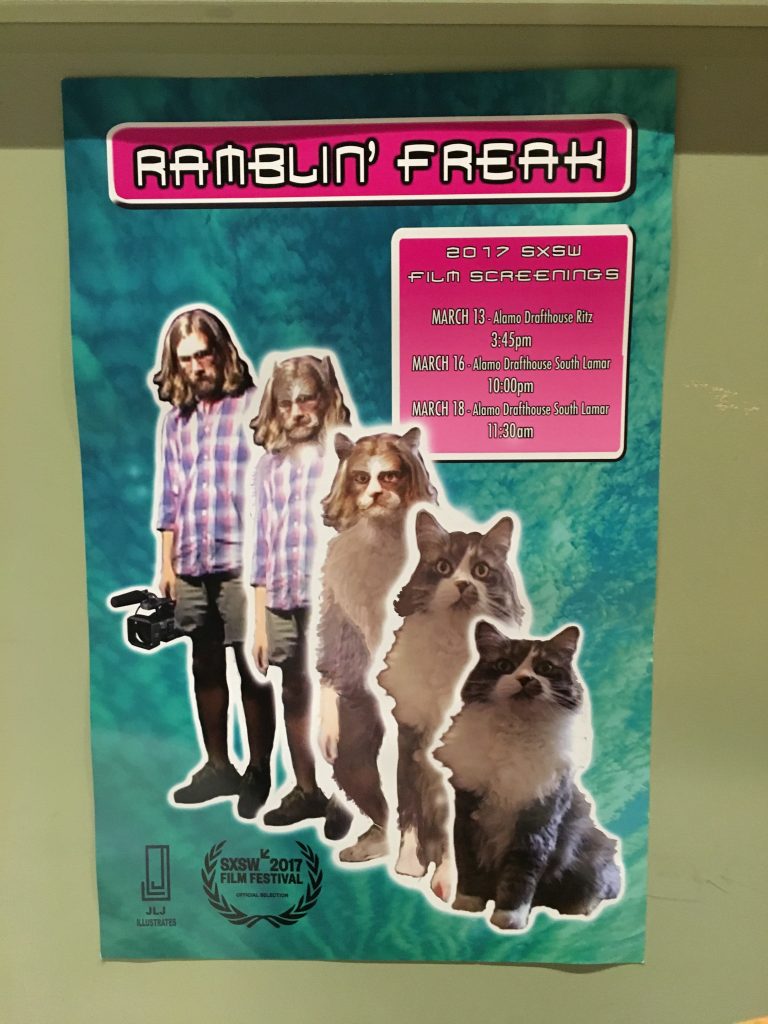 Ho99o9 was promoting their latest tour and release with some pretty bad ass looking posters. 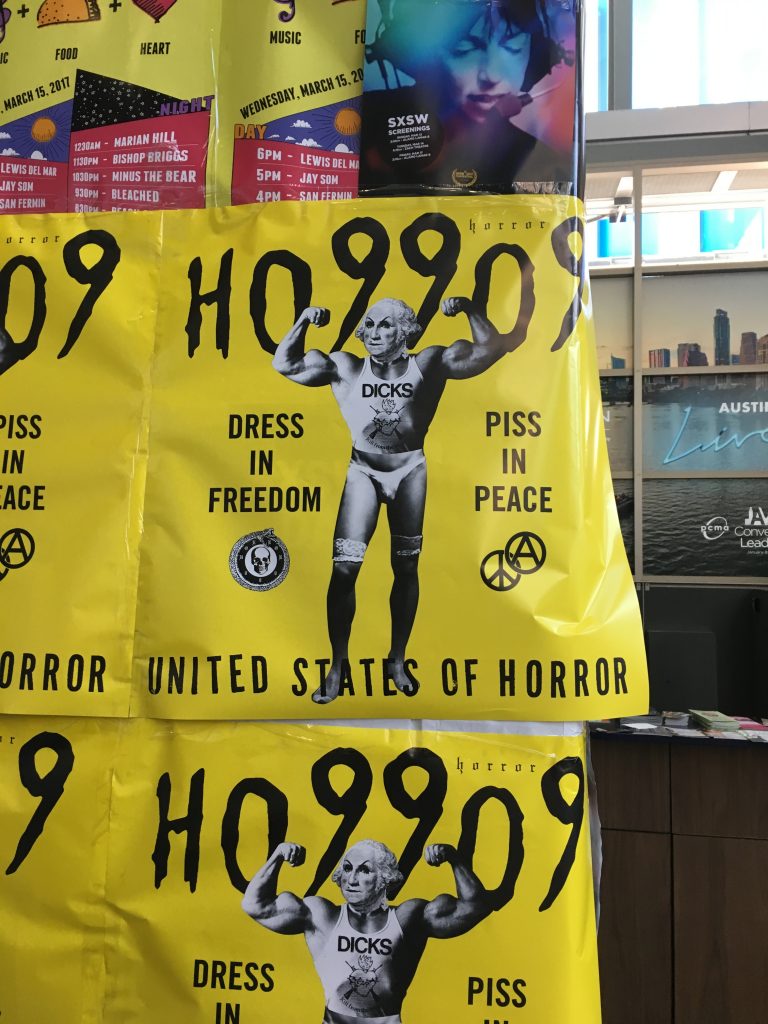 Company News
Music Business
Conferences & Events
Spotlights & Client News
Registration is disabled.
We use cookies to ensure that we give you the best experience on our website. If you continue to use this site we will assume that you are happy with it.Ok