A’mere Fresh Drops Thanks For Nothing Album

We love supporting our clients!

Tony “A’mere Fresh” Lawrence recently released “Thanks for Nothing”, check out the review below!

Tony “A’mere Fresh” Lawrence started his solo career in 2008 when he released his debut album A Beautiful Mind on iTunes. The project was such a success that Fresh then began to tour as an opening act for major recording artists such as Juelz Santana, Jim Jones, Shawty Lo, V.I.C., and Webbie to name a few. Along with being an emcee, Fresh is also a producer and is one-third of production team The Exectz.

The Richmond, Virginia native is currently signed to Passport Republic, where he recently released his latest album, Thanks For Nothing. The album features 14 tracks such as “Don’t Wake The Neighbors,” “Choices,” “Good Evening,” “Luke Cage,” and “Lonely,” which all tell the story about Fresh’s journey through his life after he got his first major record deal. However, after being in the music scene since 2008, he quickly learned that the industry is not all it’s cracked up to be.

Unlike today’s rappers, Fresh chooses not to talk about drugs and alcohol, but create music that makes people feel good and tells stories about life’s struggles that the average person can relate to. He’s like a breath of fresh air for the hip-hop community, bringing the fun and energy of the 1990s back with a modern sound.

Fresh is also a part of a hip-hop duo, The Heroz, formed with his childhood friend Michael “Johnny Storm” Coleman, who also resides in Richmond. In 2005, Storm released his first mixtape Independence Day and caught the attention of the public and blogs with his music, and performing at local shows and open mics. Since then, Storm has released three other mixtapes; Nothing But Fresh (2006), Arson Music (2009), and While You Wait (2011). Today, Storm also promotes and hosts parties at local nightclubs.

The Heroz released their debut album Freshman Year in 2011, which included their hit track “Chiquita Banana,” and released their sophomore album in 2013.
Be sure to check out Fresh’s latest album, Thanks For Nothing, which is out now! 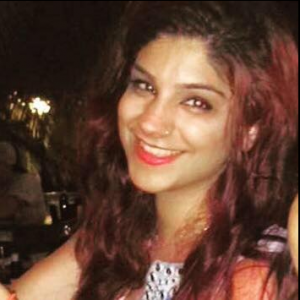 I’m a music enthusiast living in New York with a passion for attending festivals, eating good food and meeting new people. I received my Bachelors in Mass Communications from VCU and completed my Masters in Marketing from LIM College. On the side, I get a thrill of interviewing some of my favorite EDM artists, which is shared on my YouTube Channel.