We’ve all been in the position of buying concert tickets and waiting weeks, or even months, to finally see the show. Most of the time, the concert is worth the wait, but sometimes, the concert is a complete letdown. In this article, we’re going to list five of the mistakes that musicians make during their live performances and the ways that these mistakes should be remedied. These mistakes can be made in an arena by a band that we all know and love or they can be made by a college party band trying to spread their wings for the first time. Either way, these mistakes can plague these bands no matter how famous a band is.

Here are five mistakes musicians make with their live shows.

their anticipation for what’s next. When it doesn’t go so well, however, spontaneity can
easy be mistaken for a lack of cohesiveness and communication. For spontaneity to go
well, everyone in the band must be aware of what’s going on, so that people aren’t
floundering when important moments come.

Every band thinks they can jump on stage and play like the Rolling Stones without even
an hour of rehearsal. Just because you did a soundcheck, that doesn’t mean that you
are prepared to go on stage and put on a killer show. You should put some real time and
effort into your rehearsals, and practice until it’s perfect. It’s better to have put in too
many hours of practice, then to go on stage unprepared. This way, you’ll put on a great
show that will make your fans proud.

3. Not Engaging the Crowd

No one goes to a concert to simply listen to the music. If people just wanted to listen to
music, they’d sit at home and listen to recorded versions of the songs. Rather, people go
to concerts for the experience. Concertgoers expect to be dazzled by lights, stories and
more when they spend their hard-earned money for tickets. If you want to truly capture
your crowd, you should engage the crowd with lights and stage presence, anything that
will get your audience in the mood without going over the top.

4. Asking Too Much of the Crowd

While you do want to engage the crowd, it’s not a good idea to ask too much of them
either. This may seem like a backtrack from No. 3 but stay with us here. You have to earn the appreciation of the crowd before they will have the energy to get hyped for your show. You simply can’t show up on stage and give a terrible performance and expect the crowd to give you appreciation.

This is especially true for party bands or even wedding bands. It is easy for an audience to be engaged when they are familiar with the band or are even big fans. If you are a lesser known or new band, though, you can’t expect the audience to react positively based on your name right away. Instead, you are going to have to build your show and earn your audience’s interest. With the right dedication, though, one day you will have a rampant and excited crowd waiting for you. When booking a band for a wedding or a party, it’s recommended to do a little bit of band research, check their portfolio or even check some parts of their live shows on YouTube (this shouldn’t be hard to find today).

5. Being a Rock Star Stereotype

We get that its “sex, drugs, and rock n’ roll” and not “sleep, water, hymns and moderate caffeine,” but you can’t go on stage a mess. It may work for a while, but eventually your sound is going to go downhill and you’ll lose your fan base. As big as Guns N’ Roses was, even dedicated audiences got sick of Axl Rose’s tardiness as he lived his rockstar life. You have to be dedicated to your fanbase and your music as much as you are to having a good time and living a rockstar life. 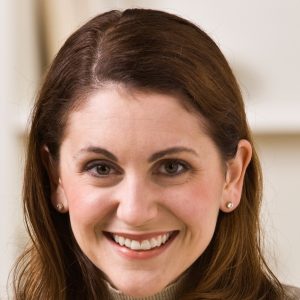 Annabelle Carter Short is a writer and resident of Los Angeles. When not working as a music booking agent, she's spending time with her family or putting pen to paper for her own personal pursuits. Annabelle is a mother, and in her free time she loves to make crafts with her two children.