Instagram has launched a brand new feature that allows its 1 billion monthly users to choose from thousands of popular licensed songs to add to their Stories. The social media platform says the music library will be updated daily.

The new integration comes after Facebook’s recent deals with record labels, which allows the feature to exist in a way that copyright won’t allow on its competitor, Snapchat.

How does it work?

Instagram says: “Now you can add a soundtrack to your story that fits any moment and helps you express how you’re feeling,” The feature works similar to Instagram’s sticker and poll features, allowing users to drag and drop in the brand new ‘Music’ sticker.

Additionally, it’s offered as a mode, similar to ‘Live’ or ‘Boomerang,’ so users can pick a song before capturing a photo or video to sync up their content to the music. To make things even more customizable, users can select the exact portion of the track they’d like to play on their photo or video. However, the latter is currently limited to iOS, with Android coming soon.

The ‘Music’ stickers currently only link to the artists featured on select accounts, but it’s possible that Instagram will eventually roll out deep links for all artists. 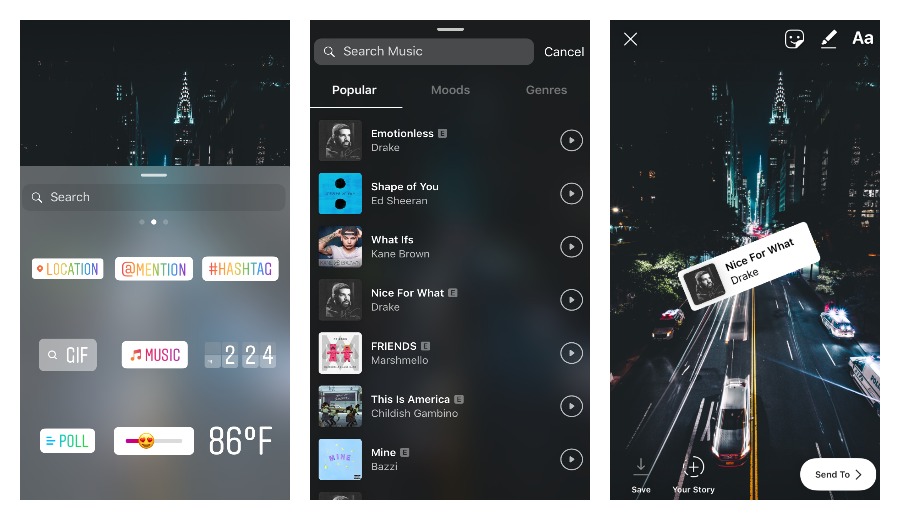 Is the service monetizable?

The service will reportedly compensate musicians and rights holders for the use of their songs, but the payment process is still unclear.

Instagram Music could be the next big thing for music promotion, and we plan to integrate Symphonic Distribution clients’ music in the future. The features are now available now on iOS and Android in select countries.