For this week’s Spotlight, we’re showing love to one of our Vibes of the Bay artists, multi-instrumentalist Mountain Holler!

“Mountain Holler” is the moniker of multi-Instrumentalist Mark Etherington, based out of St. Petersburg, FL.

Along with playing drums in the national touring instrumental band Set and Setting (Prosthetic Records, Forcefield Records) and fronting the psychedelic-folk/groove outfit Redfeather, ‘Mountain Holler’ emerged in the spring of 2011 when Etherington started playing shows solo with material he’d be writing and building since 2006.

With his first show at an open mic
Night at The Tavern at The University Of South Florida St. Petersburg where he was studying Anthropology, he has since relentlessly played all over the Bay Area and Sarasota bringing to people his melodic guitar playing and haunting singing style reflective of Bert Jansch, Nick Drake, Robin Pecknold, Jim James, Jose Gonzalez, Neil Young and Stephen Stills.

His ambiguous spiritual lyricism is a window into his love and time spent out in nature ranging from the forests and rivers of Florida to the mountains and canyons of the four corners region of the United States.
When asked to describe his music his responce is simple, “it’s music from the city about the beauty of the mind and country”.

RSVP for Vibes of the Bay 2018 for FREE entry to see Mountain Holler and many more talented artists. Check out the lineup below! 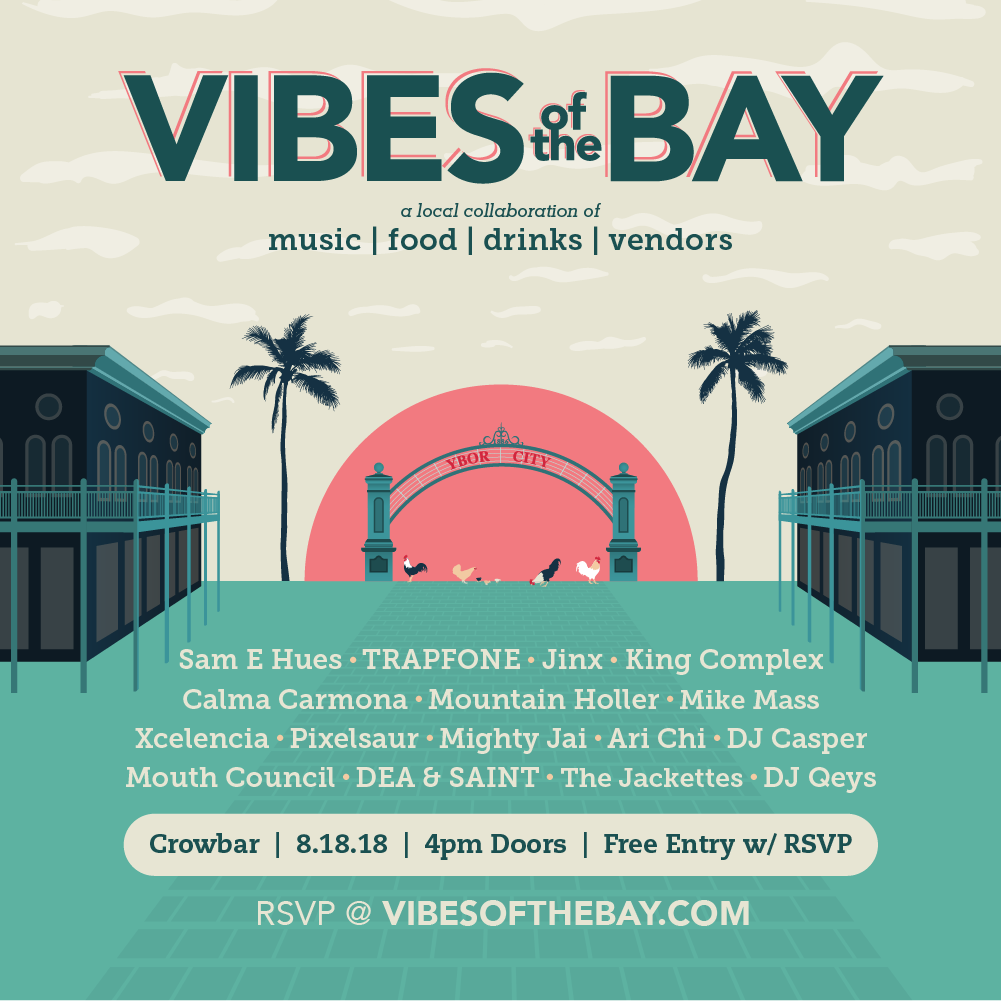