Forming Your Own Artist Development Team: The Music Producer

Part 2 of our Artist Development Series

In the first installment of this series, we established the function and importance of creating an artist development team for individuals aspiring to a successful career in the Music Industry. We listed the team members, discussed when to begin the process and focused on one of the team’s key members, the artist manager, whose primary responsibility is to guide the artist’s career, help select the other members of the development team and to lead everyone towards the common goal.

This installment focuses on an integral member of the creative side of the artist development team, the music producer.

Half creative muse, half commercial music maven, this person can change the trajectory of an artist’s career. The producer serves as a translator, taking each composition and marrying it with the musical vision and talent of the artist and what’s hot in the musical market place. This person is tasked with transforming the artist and music into a “viable” brand, a commercial calling card, an actual sound that is synonymous with the identity and reputation of the artist.

What to Look for in a Producer

The first thing you should be looking for, and this is the same for every member of the artist development team, is the honesty and trustworthiness of the individual. There are so many “moving parts” to the creative mechanism that comprises the artist-producer relationship, so you must be sure that you are dealing with a sane, law-abiding and respectful human being. This is the first of many litmus tests that this team member must pass. The producer must share a creative vision and be committed and skilled enough to make the artist’s music as powerful as possible. The objective is to generate masters that are commercially and critically acclaimed.

The artist has a responsibility to his or her career to ask the right questions and select the right person to lead the studio effort.

Ask for samples and names of the producer’s past work and the artists they have worked with. Make contact with these artists, engineers and studios references and ask about their experience and opinions on the producer. Has the producer generated masters that have been released independently or on record labels? Were any of the producer’s past projects successful? Get as much information as you possibly can. You make critical decisions by basing them on facts, not feelings. Take control and responsibility for your career and future.

Sometimes artists are attracted to potential production candidates for the wrong reasons; a perceived, shared musical vision, a “gut” feeling or an interesting personality. On the surface, these attributes may point to the perfect producer but don’t make that fatal mistake. You need a talented and experienced producer to compete in the blood sport also known as the music business. If your choice is based on gut and not bonafide experience and mad skills, you are gambling with your own career and may be wasting time, money and good will.

What Record Producers Do

The job description of a producer is customizable depending on the artist and the given situation, but there are certain skill sets that are indigenous to the function of the role.

For example, as a primary responsibility is to listen to the music and decide on the best songs to record, the producer must have great ears. He or she must take commerciality and the current state of the artists career into consideration. The producer must decide if the band is capable of recording in the studio or if studio professionals should be hired. Don’t panic, your studio musicians can be a blend of both band members and outside musicians. Remember, the objective is to get the best damn masters possible. Regardless of the musicians used to record, the producer must be certain that they are well rehearsed and ready to lay down smoking tracks. The producer is also responsible for selecting the recording studio, a tracking and mixing engineer if needed, the type of outboard gear, instruments, amplifiers, and microphones used and where they should be placed for proper “sound design.”

The producer is the key to consistent quality.

All professional relationships, including one with a producer, are memorialized by the contracts that you sign. Familiarize yourself with production deals and contracts. Sit down with a coach or manager and go over the key sections. You must understand what you are signing. You must grasp the terms and conditions. You must realize the basic premise of a contract; to help you if things go badly. It is a point from which to negotiate. If your studio and producer experience is running smoothly, the contract will sit in a file and rarely, if ever, be looked at or referenced again.

Fees, advances and royalty are set forth in the contract.

The amounts will vary based upon the experience and power of the artist and the producer. The more the experience, successes and knowledge, the more the bargaining power the individual possessing it has. A producer’s compensation can be structured on a per song or project basis with set fees, advances, royalties or a combination and variation of all three as compensation. A set or flat fee is usually paid in installments with one half up front and the balance due upon completion of the project. When a fee is “recoupable” or repaid against project revenue, it is then considered an “advance” against royalties.

Most producers expect to share in a percentage of royalties either for the life of the recording project or until a “capped” or specific amount has been earned. A royalty is calculated as a percentage, or “point” amount based on the royalty granted to the artist as part of a recording contract. It is traditionally levied at between three and four points or approximately 20% of the artist’s base or total royalty rate.

Experienced producers may negotiate to be paid from the first record sold while others, with lesser experience or those paid an advance, receive royalty payments after that advance has been recouped from the project’s income stream.

If a producer owns or works with a studio, and a team of engineers, musicians, mixers and mastering experts, the production deal may be “bundled.” This is called an “all in” or “fund” deal and it should be carefully scrutinized, deconstructed and fully understood prior to agreeing to the deal. Don’t sign a document if you don’t understand its power and the implications of signing it. Find out the facts and seek professional help from a seasoned artist manager, attorney or coach that is familiar with production agreements.

Selecting a producer is a very important step and it can make or break a career. Move forward slowly, ask the hard questions and avoid missteps. Work with your manager or coach to find the right fit and create a liaison that is beneficial to all those involved.

How to work with a Producer

To be a producer is to be a musical visionary. The artist must have confidence in the producer’s taste, style and authority. The producer must be articulate and able to describe his or her musical approach for the project. The artist’s input is essential and valuable to the process but it’s the producer’s creativity that turns tracks into hit songs.

Prior to signing a contract, the artist should understand what the producer is planning from a musical point of view. It is OK to question your producer’s musical decisions. It is OK to not feel comfortable with your producer’s musical choices. It is part of the process and a substantive dialogue guarantees a close and successful working relationship between the artist and producer.

Take the time to find the right person who will maximize the power of your music.

Please follow this series for instructions on how to assemble your artist development team. The objective is to get the most out of their collective experience and specializations! 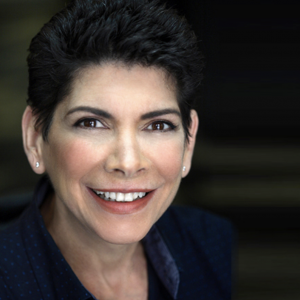 Camille Barbone is an entertainment industry professional with over 25 years of experience. She has worked for major companies including Sony and Universal, Warner Chappell and other major publishers. She has owned two state of the art recording studios, developed and managed high-profile artists such as Madonna, produced major concerts and provided music for major motion pictures producers such as Wes Craven, Steven Spielberg Productions and Cinepix Films. She has conducted numerous seminars, panels and workshops at SXSW, the New Music Seminar and other entertainment conferences. She has been featured in many books and has appeared on many news and talk shows. She holds a degree in Psychology and an MBA specializing in Marketing. Camille coaches and consults via her company, Camille Barbone Coaching and Consulting, a business that provides guidance and structure to individuals and companies aspiring to success in the Entertainment Industry. She guides people through viable planning and constant progress. Please contact Camille at office@camillebarbone.com