5 Reasons Every Musician Should Be Using Twitch

I know what you’re thinking – for some it’s “What’s Twitch?” and for the rest it’s “Isn’t that for gamers?”

That’s what I usually hear from people when I talk to them about Twitch. And yes, it’s a livestream platform mostly where gamers play games live for other gamers, but there is a very vibrant creative arts community on Twitch and music is a big part of it.

You may have livestreamed a little already on YouTube, Facebook, or Instagram. Maybe you’ve done a show on ConcertWindow or StageIt. As with those, on Twitch you’ll perform live, the audience will post comments to the chat, and you’ll respond verbally to the comments. Pretty basic so far.

Here’s why live-streaming on Twitch is next level:

Twitch is a platform solely for live-streaming, so your stream won’t get lost in a never ending newsfeed of static social media posts or be difficult to find in the navigation.

What this means is that you can build an audience (who become fans) even if you’re starting from zero, and you can make money while you do it. How much money? Some creators have quit their jobs, and it’s a good side hustle for others. In fact, one of the biggest music streamers on Twitch started with no fans and no releases and they’re on Symphonic just like you!

Why right now is the time to start streaming on Twitch:

1. You Can Make Money from Day 1 Without Being Partnered or Depending on Ads and Brand Sponsorships

The money comes directly from the viewers. If you are good with talking to fans, open to playing requests and covers, and like playing live, people will have fun when they watch. When they have fun, they feel like they are a part of your community and that is when they will subscribe to your channel and donate money.

Some of the monetization comes through Twitch’s channel subscriptions and virtual currency, which you must reach certain benchmarks to participate in, but a good portion of it can come through off-Twitch donations facilitated by companies like Streamlabs, which you can turn on from day one. You won’t earn ad revenue until you get partner status (which is difficult), and you won’t miss it.

Twitch for Musicians: A Step-by-Step Guide to Producing a Livestream, Growing Audience, and Making Money as a Musician on Twitch

2. The Music Category Isn’t Saturated (Yet), So You Can Still Get Discovered

Though music has nowhere near the audience size as games on Twitch, it’s big enough that there are viewers regularly watching their favorites and open to finding new talent. It’s not like YouTube where there are so many creators that it’s almost impossible to get noticed as a new artist.

This is exactly when you want to join any platform. It’s that elusive “emerging platform” that all the marketing people tell you to get on early. Music on Twitch is big enough for a creator to build an audience with reasonable effort and as the music category grows overall, you will grow with it.

3. It’s a Mature Platform with a Supportive, Growing Music Community

Twitch has been around for eight years. They were bought by Amazon a few years ago for about $800M. They have 15M daily active users. They are not a startup. And music is one of the top non-gaming categories on Twitch.

When you become a streamer, you’ll do all of this, too, with streamers you like. You’ll pay the support forward, and it will come back to you and accelerate your growth.

4. Livestreaming is Easier to Do than You Think

Livestreaming is just hanging out and talking to people and playing music. That’s it. It’s not perfect and filtered and edited like your social media posts. It should feel like you invited friends over for beers and music.

Most full- or part-time streamers are live 3-5 days per week, 2-4 hours per session, so about 6-20 hours a week. The longer you’re on, the more fans you’ll make and the more money you’ll earn. Because you are hanging out and having fun, the time flies by. It’s the easiest content you’ll create all week.

Even a couple years ago, music was a low priority for Twitch. Not so now. They feature music creator streams on the home page now with some regularity. That alone will bump your stream to about 5,000 concurrent viewers (popular music streamers average 200-300 concurrent viewers). They launched their own karaoke game called Twitch Sings, which anyone can play and do American Idol-like singing competitions at their fan/creator conferences where the grand prize is $20,000 and a single release with Columbia Records. They’ve hired seasoned digital music executives to meaningfully grow the music category. It’s a priority for Twitch, so they are actively doing things to grow it on the platform.

I’ve seen firsthand how effective livestreaming can be for artists in terms of getting actual fans (not passive followers) and making actual money, in a completely organic and natural way that feels good to the artist and to the viewer. I’ve seen it turn casual fans into superfans. Mostly, I’ve seen people have fun with it, and it’s nice to have a little fun since promoting yourself can so often feel like thankless work. So, go have fun and make some new friends.

Want to learn more? Use the code SYMPHONIC40 for 40% off and enroll in the online course. 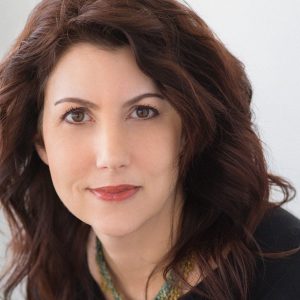 Karen Allen has held executive positions on the digital side of the music and entertainment industry at the RIAA, Mobile Entertainment Forum, and most recently as a consultant advising startups on strategy and business development. She discovered livestreaming in 2016 after streaming on YouNow and hasn’t shut up about it since. On Twitch.tv, she streams on /InRotation, produces /MarinaVMusic, and manages Megan Lenius. Building a channel was more difficult to figure out than it needed to be, so she wrote a book and an online course so artists wouldn’t have to endure the stiff learning curve she did.

Monetize Your Music
Music Marketing
Music Marketing
Industry News
Registration is disabled.
We use cookies to ensure that we give you the best experience on our website. If you continue to use this site we will assume that you are happy with it.Ok