Instrumental mixes are an important asset that can open up new opportunities to earn additional income and advance your career, but they’re often overlooked by independent artists. Here’s what you need to know…

What is an instrumental mix?

If your music has vocals, an instrumental mix is an alternate version that is identical to the original just without the vocals. Simple as that. Depending on what type of music you’re recording, it’s often just a matter of muting the main vocal tracks, bouncing the mix, and running it through the same mastering chain you’re using for the vocal versions.

Instrumental mixes are used in sync all the time, especially in advertising. Due to their unique structure and sound, they’re preferable over music that was composed as a standalone instrumental.

Instrumental mixes are commonly requested even if the production is using an original vocal version. An editor might want to use the instrumental mix during periods of dense dialogue, then switch over to the vocal version to end the scene. This is why it’s crucial to make sure both versions are mastered identically, so they can be used interchangeably without any noticeable difference in the audio.

If you’re interested in applying for sync representation by Bodega Sync, having instrumental mixes is mandatory. So make sure you have them!

How To Optimize Your Songwriting for Sync

How To Prepare Your Music for Sync Licensing

How To Get Heard By a Music Supervisor

Should I release my instrumental mixes?

Yes! — With digital distribution, there’s virtually no reason NOT to release them. With little additional effort, you can open up new avenues for playlisting opportunities and generate additional streaming revenue. You never know, some people might like your instrumentals more than they like the original!

Consider RJD2, who made millions in sync and is most widely known for writing the theme song to the hit AMC series, “Mad Men”. If you look on Spotify, you’ll notice that the majority of his albums have accompanying instrumental releases. These tracks have earned him MILLIONS of additional streams that would have never materialized had he not bothered to release them.

In addition, making your instrumentals publicly available online makes them discoverable for anyone working in sync. In post-production, video editors commonly temp in songs they like and check YouTube for an instrumental version they can rip and play around with. If it’s not available, they might just assume it doesn’t exist and move on. If they can easily find and download your instrumental mix and it works up to picture, however, you could very well end up landing yourself a sync without even trying!

Another cool application for your instrumentals is to release them through Tracklib, which makes them available for sampling by other artists. As a co-owner of a sampled work, you’ll be entitled to a permanent revenue share including royalties and sync fees. It’s like collaborating with a whole world of artists without even meeting them!

Rushing to open up old mix sessions to create instrumentals when you have a time-sensitive sync opportunity is a complete nightmare. You may no longer have the same gear or plugins that you had running on the initial session, and remastering to perfectly match the original mix can be extremely tedious.

However, bouncing instrumentals while you’re mixing your record is fairly simple and will only benefit you in the future. Even if you don’t end up releasing them, it’s a good idea to just have them on hand. 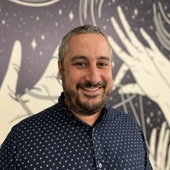