Now is the perfect time to bunker down and feed your brain with some food for thought. So, we asked our team about their favorite music industry related books and their awesome minds did not disappoint. Sit back, relax, and get inspired by these iconic music industry books… 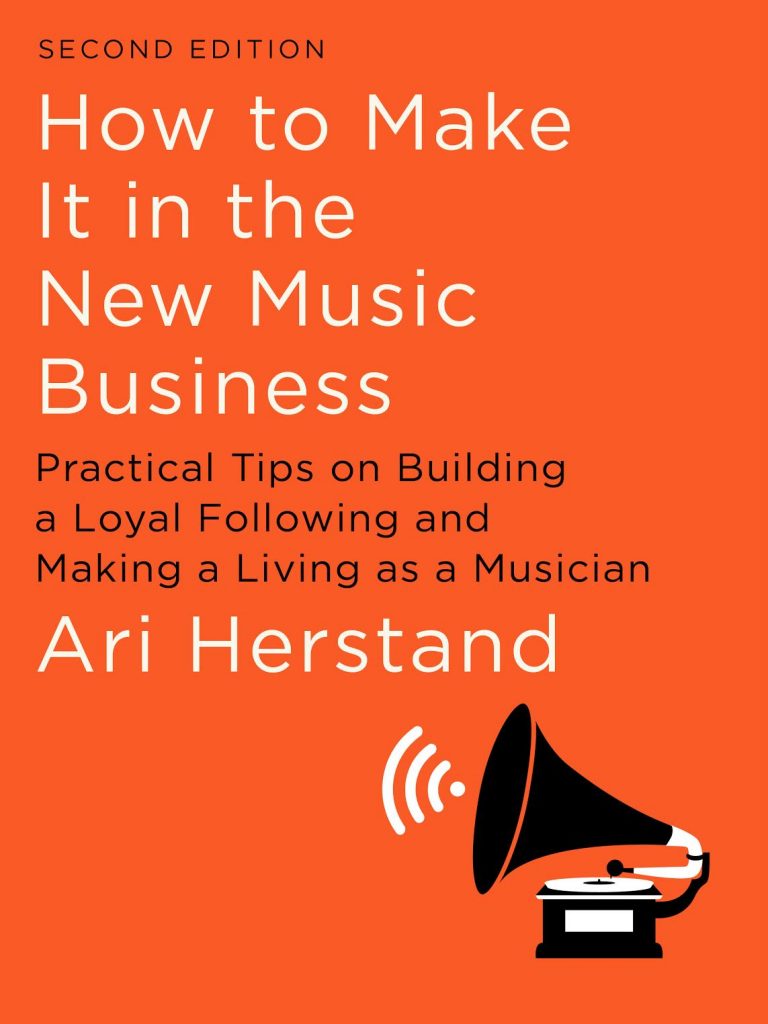 “In 2008, Ari Herstand boldly turned in his green Starbucks apron to his manager, determined to make a living off his craft as a singer/songwriter. Almost a decade later, he has become a founding member of the new DIY movement and a self-sustaining musician, all without the help of a major label. Now, drawing from years of experience, Herstand has written the definitive guide for other like-minded artists, the ones who want to forge their own path and not follow the traditional markers of success, like record sales, hits on the radio or the amount of your label advance.”

“How Music Got Free: A Story of Obsession and Invention” by Stephen Witt 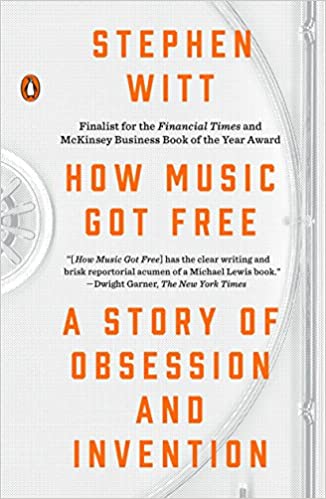 “How Music Got Free is a riveting story of obsession, music, crime, and money, featuring visionaries and criminals, moguls and tech-savvy teenagers. It’s about the greatest pirate in history, the most powerful executive in the music business, a revolutionary invention and an illegal website four times the size of the iTunes Music Store.”

“The Last Mogul: Lew Wasserman, MCA, and the Hidden History of Hollywood” by Dennis McDougal

“As the elusive, tyrannical head of the Music Corporation of America (MCA) until the 1990s, Lew Wasserman was the most powerful and feared man in show business for more than half a century. His career spanned the entire history of the movies, from the silent era to the present, and he was guru to Alfred Hitchcock, Marilyn Monroe, Marlon Brando, and Jimmy Stewart, and to a new generation of filmmakers beginning with Steven Spielberg and George Lucas. For more than four years, Dennis McDougal interviewed over 350 people who knew the man with the giant dark horn-rimmed glasses — colleagues, relatives, rivals — and drew on tens of thousands of pages of documents to produce this extraordinary and first-ever portrait of a legend and his times…” 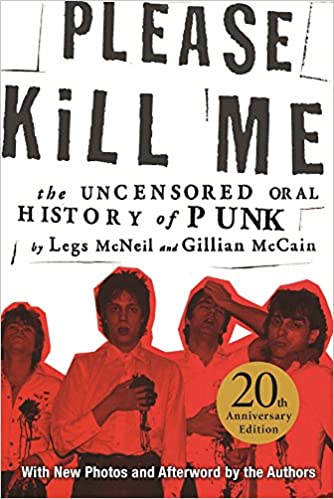 “A contemporary classic, Please Kill Me is the definitive oral history of the most nihilistic of all pop movements. Iggy Pop, Richard Hell, the Ramones, and scores of other punk figures lend their voices to this decisive account of that explosive era. This 20th anniversary edition features new photos and an afterword by the authors.”

“Listen Out Loud: A Life in Music–Managing McCartney, Madonna, and Michael Jackson” by Alan Goldsher and Ron Weisner 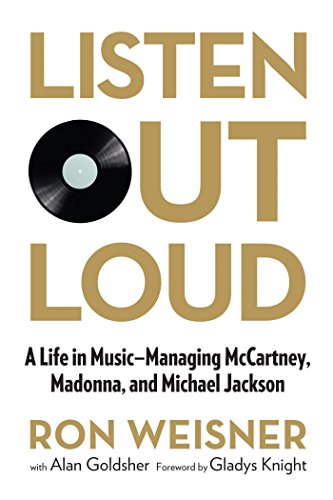 “Even hardcore music fans don’t know the name Ron Weisner . . . but they should. A high-powered manager for over four decades, Ron worked alongside Madonna, Paul McCartney, Steve Winwood, Gladys Knight, Curtis Mayfield, Bill Withers, and, most notably, Michael Jackson… Featuring an introduction from Quincy Jones and commentary from Winwood, Knight, and some behind-the-scenes record label power brokers, Weisner’s illuminating memoir Listen Out Loud underscores the destructive changes to the industry during his forty-year career, including the shift in focus from artistic integrity to the pursuit of cold hard numbers. It’s an intimate glimpse into the music world from a man with a keen eye, sharp ears, and a big heart.”

“The Song Machine: Inside the Hit Factory” by John Seabrook 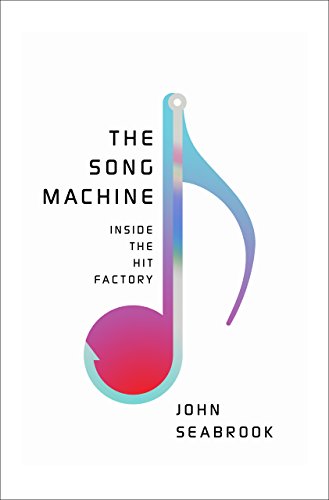 “There’s a reason today’s ubiquitous pop hits are so hard to ignore—they’re designed that way. The Song Machine goes behind the scenes to offer an insider’s look at the global hit factories manufacturing the songs that have everyone hooked. Full of vivid, unexpected characters—alongside industry heavy-hitters like Katy Perry, Rihanna, Max Martin, and Ester Dean—this fascinating journey into the strange world of pop music reveals how a new approach to crafting smash hits is transforming marketing, technology, and even listeners’ brains. You’ll never think about music the same way again.”

“Our Band Could Be Your Life: Scenes from the American Indie Underground 1981-1991” by Michael Azerrad 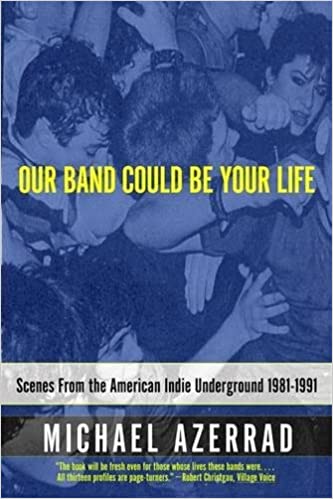 “Our Band Could Be Your Life is the never-before-told story of the musical revolution that happened right under the nose of the Reagan Eighties — when a small but sprawling network of bands, labels, fanzines, radio stations, and other subversives re-energized American rock with punk’s do-it-yourself credo and created music that was deeply personal, often brilliant, always challenging, and immensely influential. This sweeping chronicle of music, politics, drugs, fear, loathing, and faith is an indie rock classic in its own right.”

“Techno Rebels: The Renegades of Electronic Funk” by Dan Sicko 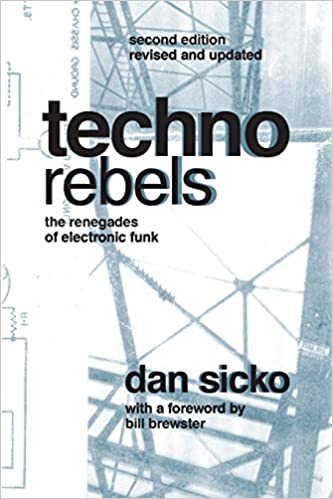 “When it was originally published in 1999, Techno Rebels became the definitive text on a hard-to-define but vital genre of music. Author Dan Sicko demystified techno’s characteristics, influences, and origins and argued that although techno enjoyed its most widespread popularity in Europe, its birthplace and most important incubator was Detroit. In this revised and updated edition, Sicko expands on Detroit’s role in the birth of techno and takes readers on an insider’s tour of techno’s past, present, and future in an enjoyable account filled with firsthand anecdotes, interviews, and artist profiles.”

“Howling at the Moon” by Walter Yetnikoff & David Ritz 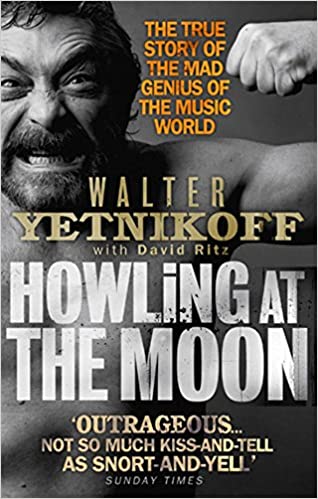 “The ultimate showbiz insider’s expose, Howling at the Moon is the wildly entertaining and brilliantly narrated autobiography of Walter Yetnikoff, head of CBS Records during its heyday in the 1980s, and then the most powerful man in the music industry. Yetnikoff knew most of the stars and embraced all the excesses of this era: he was mentor to Streisand, father confessor to Michael Jackson, shared a mistress with Marvin Gaye and came to blows with Mick Jagger. He feuded with David Geffen and outmanoeuvred Rupert Murdoch. He was also addicted to cocaine and alcohol – until his doctor gave him just 3 months to live.”