We’re so excited to finally announce the winners for the 2020 Symphonic Awards! We have the pleasure of working with such incredible and talented musicians and record labels who strive all year long to release the best music all across the world. The Symphonic Awards are our way of annually recognizing their efforts. Cheers!

ARTIST OF THE YEAR 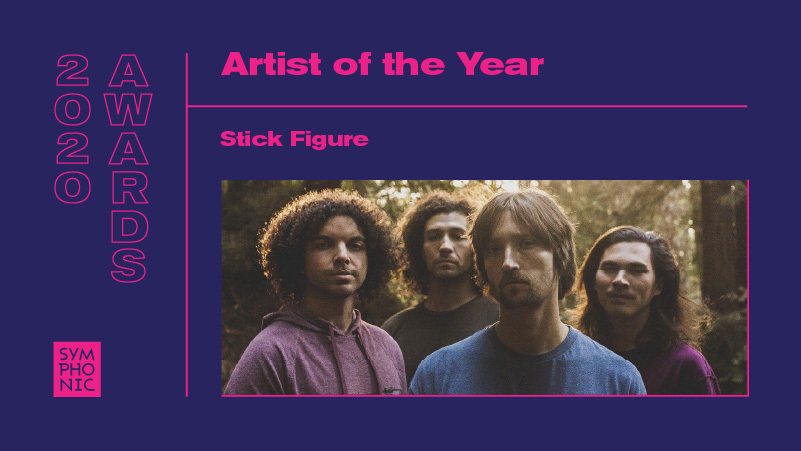 With a calming air of production prowess, Stick Figure is back with his newest album, World on Fire, released on August 30th, 2019. As with his previous releases, World on Fire was written, produced and recorded by Woodruff, a self-taught musician, this time at Stick Figure-owned Great Stone Studios in Oakland, CA, former home of Green Day.

World on Fire is Stick Figure’s seventh album, following up the success of 2015’s Set in Stone, which peaked at number 65 on the Billboard Top 200, #1 Heatseakers, #7 Independent, and #1 Reggae album. With more unmistakable hook-worthy beats and deep grooves and inflected with an accessibility that transcends genre, the album comes in a year that’s seen Stick Figure headlining the top reggae festivals in the US, including California Roots and Reggae Rise Up. The band also sold out the 9,500 capacity Red Rocks Amphitheatre in Colorado, in addition to selling out historic venues like Stubb’s Amphitheatre in Austin and the Fox Theatre in Oakland.

At a time that reggae is reaching new heights of popularity, the release of World on Fire signifies a coronation of sorts. There is no question that Woodruff’s distinct melodic subgenre has been solidified atop the scene’s pantheon.

Listen to Stick Figure on Spotify:

LABEL OF THE YEAR 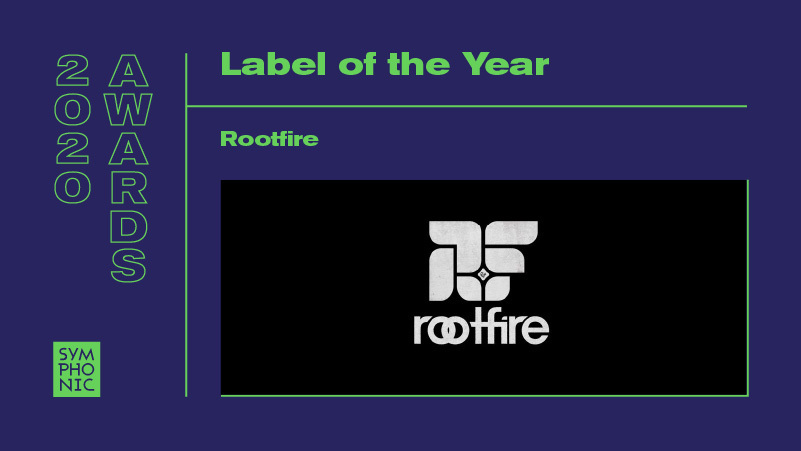 Rootfire is a music and arts incubator and tastemaker founded in Charlottesville, VA, with partner offices in Oakland, CA. Their mission is to empower artists and create public value with an ecosystem of resources, media, supporters, and events. In addition, they are committed to being an active, long term ally to the oppressed, using their platform to spread awareness, practice anti-racism, and support artists to do the same. // Rootfire Artists include: The Movement, Satsang, Giant Panda Guerilla Dub Squad, Steel Pulse, and many more.

Listen to Rootfire on Spotify:

MUSIC VIDEO OF THE YEAR 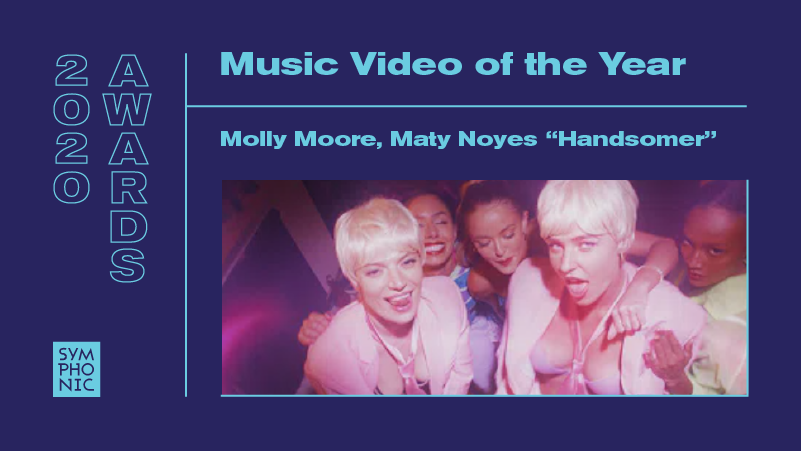 Molly Moore set the stage for her newest record with her latest single, “Handsomer” ft. Maty Noyes which Hollywood Life called, “the empowerment anthem of 2020.” The track joined her previously released singles “IRL,” “I love you but I don’t like you,” and “Be Here Now” to create the album which is an ode to her journey towards self-discovery.

She states, “I feel like a force to be reckoned with, but I also feel like just another person who’s lost in the world trying to find my purpose and my place and doing so through connecting and communicating,” she says. “I’ve realized I can use all of my voices. I love to be a chameleon. My music represents the super confident person I am and the super insecure person I am. It’s like both of those voices find their time in one place. My art is all of it. When you hear the record, I hope you don’t need to text or call your ex at three in the morning,” she leaves off. “You could put this on instead. I want you to cry to it and dance to it. I embraced being on my own. You have the same power.” 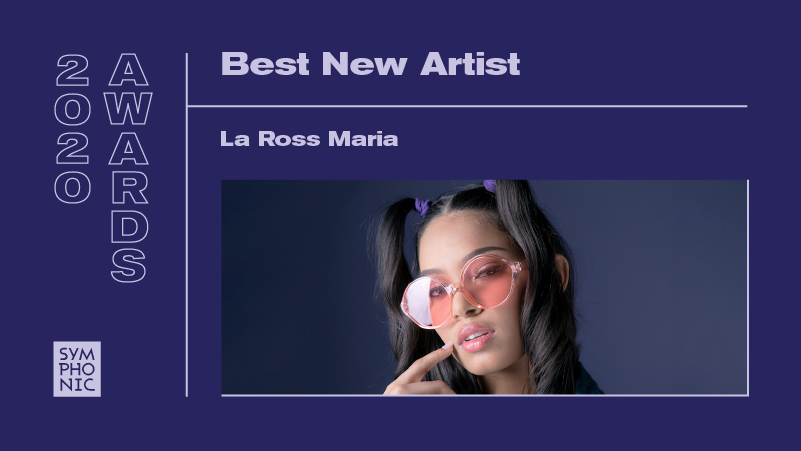 La Ross Maria is a young artist from the Dominican Republic who began her career at only 16 in 2020. As a composer, interpreter and music lover, she began in the style of urban music, standing out for her compositions and peculiar voice timbre that captivates her listeners.

July of 2020 marks a before and after in the career of the young artist becoming part of the artistic company 829Music Mundial, making her debut in a professional way on August 20, 2020 with the release of her first independent single titled, “Tu Vas A Tener Que Explicarme”, and becoming the Dominican Republic’s first independent artist with the best debut of all times in YouTube gathering 1 million views, 76k likes, 3.6k comments and an increase of approximately 50.000 new subscribers in only 48 hours after its release. 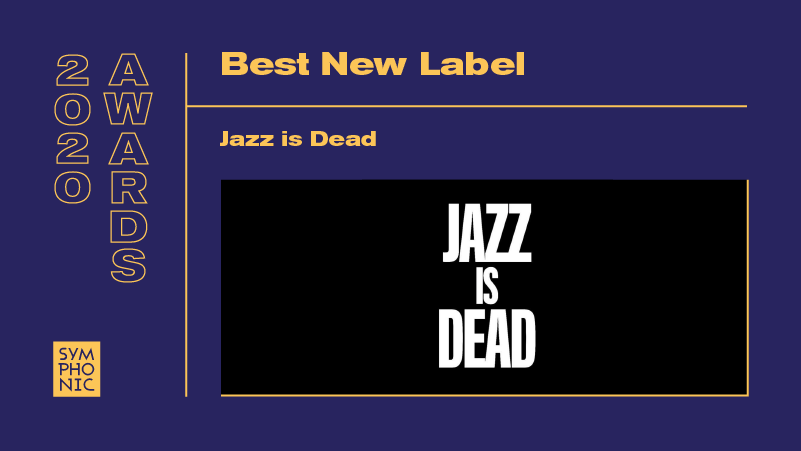 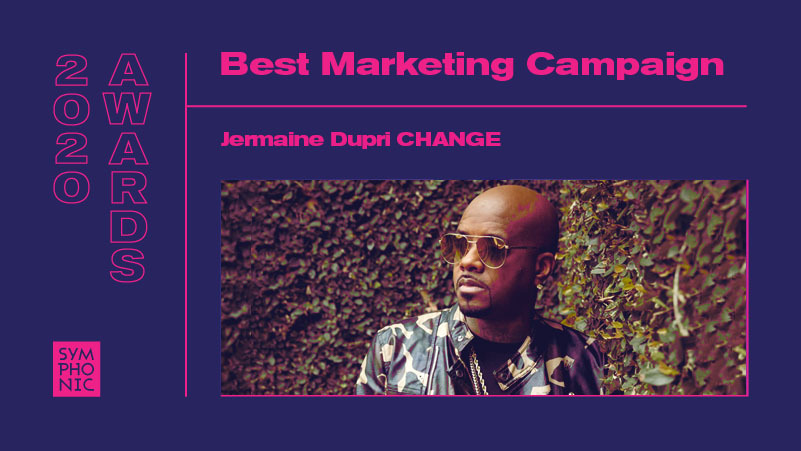 For his latest release “CHANGE”, Dupri drew inspiration from his previous record with U2’s Bono, “What’s Going On”. “I started my quest in making this song back in June, using what Bono and I did with “What’s Goin On” as the blueprint,” Jermaine wrote on Twitter. “I created “Change” [for] all Black Kings [and] artist I never worked with, new artists I feel are next and then just downright incredible vocalists.”

Jermaine Dupri partnered up with Symphonic Distribution to present this all-star assemble. All proceeds from “CHANGE” benefit the Social Change Fund, a charitable organization dedicated to empowering communities of color and advocating for the rights of all Black lives.

PARTNER OF THE YEAR 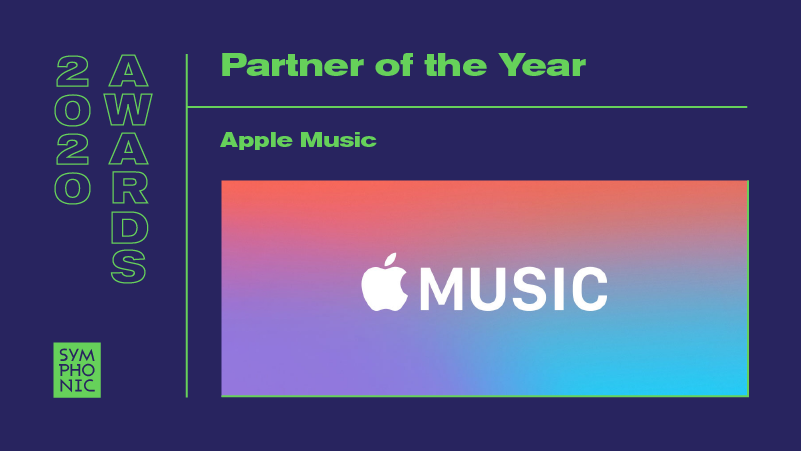 Apple Music allows you to listen to over 70 million songs ad‑free. Download your favorite tracks. Play them offline. Get exclusive playlists and live radio. Apple Music is better than ever with all‑new features designed to make your music come alive. // Monthly subscription is just $9.99 per month after a FREE three-month trial.

Congrats to all winners!

Wanna stream everyone in one playlist?

Press play on our Best of 2020 Spotify playlist below: