Coming in hot with a new licensing placement is Brazilian DJ, VINNE. “Move” has been featured in the upcoming Finnish documentary/film, “How To Kill A Cloud”. Here’s the rundown… 🔥

This placement is one of the many placements secured by Symphonic’s licensing division, Bodega Sync. Launched in January 2019, Bodega is a full service one-stop creative licensing company representing a highly curated community of independent artists and labels for sync placements in all forms of media.

VINNE has been on the rise of the brazilian electronic scene ever since he released his first single “Rock U”. The song reached some impressive numbers, staying for over 4 months on the TOP 10 Nu disco chart on Beatport with support from major DJs like: EDX, Kaskade, and the Nervo twins.

In the short period of a year, the list got bigger with “Bring it Back” (collab w/ Illusionize), Free (collab w/ Alok), a powerful remix of Steady as She Goes (by The Raconteurs), his first EP called “Move” by UP Club label in Brazil and also his track “Tell Me” via SONY Brasil. Now he’s taking his chances with a new track called “So Bad” via Armada. VINNE is not afraid to explore new territories and has been on big festivals such as Ultra Brasil, Federal Music and Universo Paralello. As a self taught producer and musician, he always tries to experiment with new sounds and is now among the brazilian elite producers with a solid career, playing all over Brazil.

About “How To Kill A Cloud”

Scientist Hannele Korhonen has one ultimate passion: to work at the top of the atmospheric science community in the world. She wishes to be totally independent and concentrate on her science while maintaining high ethical values. Her life changes dramatically when she is awarded a $1.5 million research grant by the United Arab Emirates. The funder expects her to find ways to make the migratory clouds above the UAE to rain on the country suffering of drought.

The opportunity to get proper funding for such a special research is perfect. Gradually she learns that the aim of the funder is to benefit one country, not science at large. Korhonen’s enthusiasm morphs into an ethical dilemma and inner conflicts. 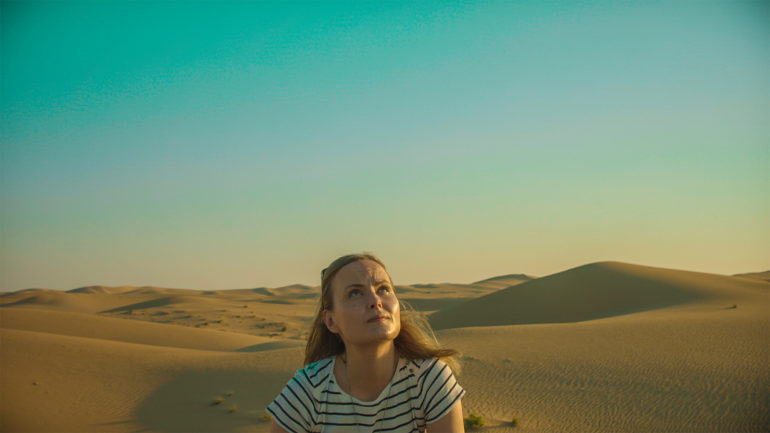