Why Is Fan Engagement Important to Artist’s Teams?

This article comes from the folks over at With The Band, a fan engagement platform based out of Nashville, TN that helps fans and artists feel a part of something bigger than themselves. In a world where streaming can ensure a spot on the Top 100 charts, fan engagement is more important than ever. The artist-to-fan relationship is mutually beneficial for all parties involved in so many ways. How? Let’s break it down…

Why Is Fan Engagement Important to Artist’s Teams?

At With The Band, our team is dedicated to forming communities of fans for specific artists. Our company is a place where fans can go to share their opinions about music and form connections with other fans who have similar interests. Being a fan is as much of a joy as it is to be an artist at times and fans are such a great support to the success of an artist. Our expertise in this field has taught us many things about this relationship.

For example: The band BTS has an extremely dedicated fan base called the “ARMY” who stream the band’s songs like clockwork and spend large amounts of time and money fueling their love for the band. This energy and effort from the fans resulted in the band landing at number one on the Billboard charts. By streaming their new songs multiple times, fans have boosted their statistics and sent BTS into absolute stardom.

It’s the fans who have bought billboards, planted trees, and have been very active on social media. Without fans, artist teams wouldn’t have the funding that comes from record, merch, and ticket sales. It’s because of them that BTS have been able to thrive at such a high level. That’s a big deal.

So, what can this example mean for other artists who are trying to have that powerful of a force behind them? — It means that not only the artist, but their entire team have something to benefit from this relationship.

The artist’s personal manager makes many of the large decisions in an artist’s career. They’re also very invested in the creative vision. Fan engagement is especially important for personal managers to see where their artist is most popular, so they can take action with partnerships in that area.

Fans can give a lot of feedback about the creative aspects of an artist life that may inspire the artist and the personal manager. Twitter is a great example. Managers are also interested in building the “brand” of the artist, so a certain target audience could reflect this and help managers see similarities between an artist and their fan base that they wouldn’t have seen before. An artist’s following on social media is a great help for the manager to get an artist noticed at major companies.

Fans are essential to the work of a live agent. Agents are responsible for booking the artist for live performances. Large fan bases in certain areas can give the live agent a good idea on where to book the artist for tour dates. The agent also handles ticketing, which creates a good amount of revenue for artists.

So, thank you fans! Artists are so much more successful because of the financial support from ticket sales.

How To Determine Your Marketing Budget As An Independent Artist

How to Tap Into Creativity When You’re Uninspired

Is My Record Label Also My Publisher?

The role of the music publisher is essentially to collect royalties from any area possible. They are involved in pitching the artist’s music to radio, film, foreign countries, etc. The publisher’s job is also to sell records of the artist’s music. The fans are the backbone of this job. Fans are the ones who stream the music, watch the movies, and buy the records. The streams and financial support from fans in this area are a huge game changer for publishers.

A lawyer’s job is to make sure that all contracts are fair when the artist is first starting out with a management team. They also ensure that all royalties are collected and all the music is protected. Fans play a role in this by defending the artists if they notice someone has unfairly used their music.
A lot of the time, fans can call out illegal activity much quicker than a lawyer can! Fans can also make sure that they are correctly purchasing an artist’s music, so that the artist and their team are fairly compensated.

The fans are a huge part of an artist’s team. They are the ones who take in all of the content from the artist, whether that be promotional stories, music, videos, etc.. Fans contribute a tremendous amount of support financially, creatively, and promotionally, which is why it is so important for artists to understand their fan bases and connect with them.

Not only are they dedicated members of the industry, they are an integral part of the system that we love so much. 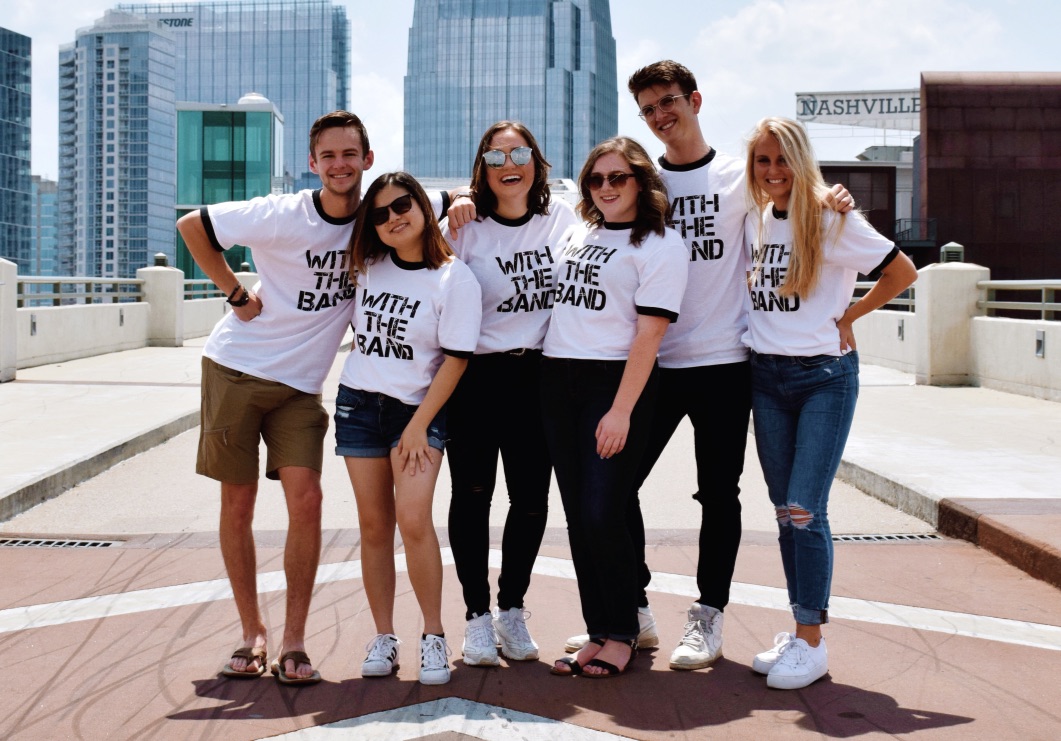 With the Band is a fan engagement platform based out of Nashville, TN that helps fans and artists feel a part of something bigger than themselves. We have created many projects for artists such as The Jonas Brothers and Kacey Musgraves. At our company, fans are able to connect with one another and engage with the artists they admire. Follow us at @withthebandvip on Instagram and Twitter!