No matter what time of the year it is, getting major traction on your new releases can be difficult. However, certain months will give you a better shot than others. To make the most of your release, choosing when to do it is half the battle. These are the best and worst months to release your music this year… 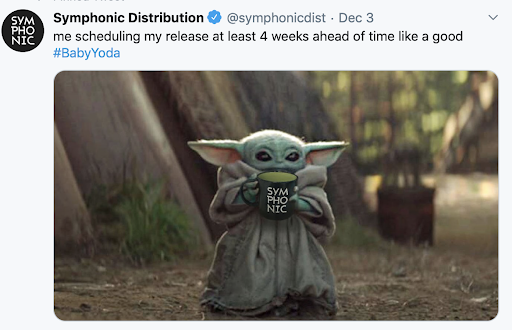 Generally, the first two months of the year are a great time to release new music. Why? The market isn’t as saturated as later on in the year, and the minds of your listeners are open to new things.

Best Practices for Maximum Release Potential as a Symphonic Client

How To Determine Your Marketing Budget As An Independent Artist

What Is Third Party Playlisting?

At this point, SXSW is over and touring season begins. Additionally, this month harbors Record Store Day. Think about partnering up with your local record store and doing some related promo. (Keep in mind, April 15th is the dreaded tax day in the US.)

May is an awesome month to release music, because the summer festival season is about to take over! If happy summer vibes are your forte, now is your prime time. Click To Tweet

Sometimes unexpected things come up in the production process, so you’ll want to give yourself ample time to set everything up properly. The more prepared you are, the higher your chance of success.

(This article was inspired by this post by Janelle Rogers, Green Light Go Publicity)