Looking for some new artists to add to your daily favorites? 👀 Don’t miss out! Check out some of our favorite rising artists from Mexico right here…

“My story is very simple. I started playing the guitar at 13 years old. Since then I have formed several bands. I like to write, but without any particular influence when it comes to writing. My influences on the musical side are quite a lot. But mainly for this solo project I like to think about mixing the sound of Miguel and Miguel with that of Johnny Cash.”

“2002 was decisive in the life of Gerardo Guajardo Ramos from Monterrey, since it was the year in which he discovered the musical genres that would later be his passion and his main reason for achieving the dream of being a recognized singer…. In 2001, the euphoria for the famous freestyle battles began in Dallas, which were duels between the boys who improvised a song in a fast rhythm or rapping, a fashion that fell like a glove, as he was very good at improvising, to the degree which went on to win several contests. In one of those awards he won, he was given two weeks on the radio at a local station, and the ability to record two tracks. The songs were: “Shawty What it is” and “D Town”. From that moment, the Monterrey rapper began to make more music and soon became part of a production company called Big House Records, which included important rappers such as Lester Roy, Pappa Smurf and Big Homie, among others.” 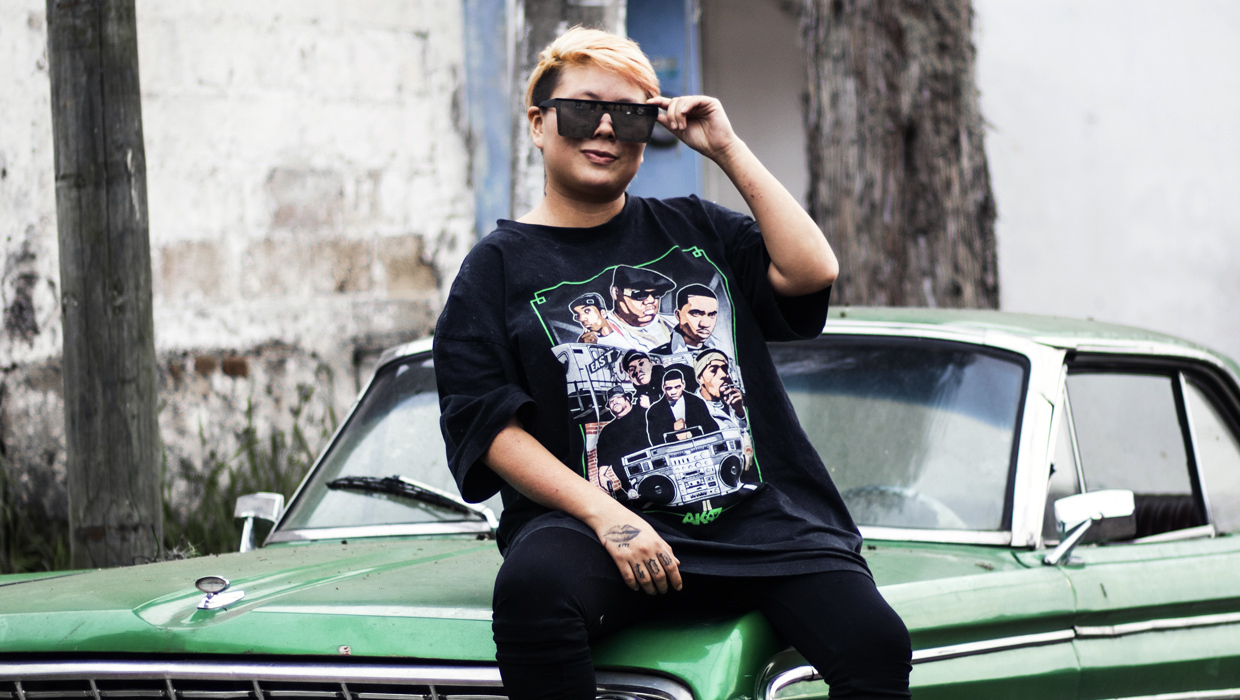 “Throughout 4 years, the band has managed to take its proposal to different places, highlighting events such as SXSW (Austin TX), Caradura (CDMX), Arena Monterrey (Monterrey NL), Festival Zapal (Saltillo, Coah.) Among others, sharing stage with artists of national and international stature, achieving acceptance and recognition by different media and the general public.”

“Sueño a Marte is a CDMX band made up of Mariela Millán (voice and drums) and Alejandro Pérez (guitar). Its sound captures fine sequences and nostalgic vibes that often fall back on the dark. Appreciating their music means navigating gentle currents that will have haunting moments. Alternative rock and trip hop are some of the genres that the Mexican duo took as a reference when it came to raising their style.”

“Into The Sea is a Metalcore/Djent band from the north of Mexico based in Saltillo, Coahuila, conformed by Rob Dyeet (Vocals), Kike Mier (Guitar), Athanel Cannon (Bass) & Jorge Arriaga (Drums).   Founded in January 2016, the band has already 4 national tours along with shared shows to bands like The Amity Affliction, Secrets, Veil Of Maya, Here Comes The Kraken, Cathleen, While the Heart Becomes and more.”

“Andre VII is a Mexican electronic music producer, founder of TSM Agencia and Platino Records label. He is also in charge of the musical curatorship of clubs such as Bar Oriente and Xaman in Mexico City. He has stepped on the most important stages in Mexico and the world as; Ceremony, Ultra Music Festival, Glastonbury, Resistance, House Of Vans, EDC Mexico, SXSW, The Social Festival, Pa’l Norte, Vive Latino and Bravo…”

“In addition to having made presentations in the United States, France, Italy, England, Germany, Spain, Guatemala, Peru, Costa Rica, Colombia, Argentina. André VII has established himself as an indisputable reference on the scene in his country and Latin America.”