Navigating through the press is not always so easy, but understanding how to properly create your new album launch press release is the best way to ensure that it gets appropriate media coverage. To help you out, professional content creator, copywriter, and editorial manager on Essaythinkers, Jessica Fenders is here to break it down…

While many revert to using social media platforms only, a press release can help expand the number of listeners, the fan base and boost your followers on all social networks. This is exactly why a press release should be an integral part of communication to the fan base, as it can help establish your name and brand you further.

Types of a Press Releases

There are eight basic types of a press releases you should know about:

A music album launch press release would fall into the category of a product release. It should contain all the obligatory elements necessary to make the public aware of all the important elements that can help them distinguish your album from a myriad of others regularly published.

Before even thinking about an actual press release, make sure you understand the meta-details or what needs to be agreed upon even before the press release is written. This is a big task, as not fully understanding the supra-goals of a release can influence the success of this campaign. Considering that an album launch press release takes a lot of time and effort to establish, ensure you do not waste these resources.

The title of the press release should speak for itself. You may decide to go with a catchy title or a title that is easy to remember. Wordplay is also not excluded, as some artists decide to make everything about their press releases memorable. Remember that balance is the key.

Getting hit in the head by fame and power is an easy thing to get into. However, you should include your basic details, such as your name and the genre of your music, to make sure you can accommodate those who do not know about you yet.

How To Maximize Your Back Catalog While Working on New Releases

The pride of any artist, your finished album should have a name, and the name should be a part of the press release. This is the first thing people will look up on search engines and social media, so ensure they know what to look for.

The music studio that did the recording, editing, and tuning of your entire album should be mentioned at all. If you believe that your name is bigger than the studio, you’re doing them a favor. If they are bigger than your name is, they are doing you a favor. In any case, it is a win-win situation.

Reviews and quotes are also very important, as you let other artists speak about your work. If you can get your hands on a review from a more experienced artist or an artist who has made a bigger name for themselves, make sure to include it in the press release.

The imagery of the press release and the album cover should all follow the same visual idea you want to mark your album and its subsequent release. Choose once, choose wisely, and do not change. It would be best if you looked at your album as a brand on its own.

Making a music album press release is not a simple process, but it is a process that can reward you beyond your expectations. Since a press release is a resource-intensive job, ensure that everything is done right. There are no second chances with the press or the audience. 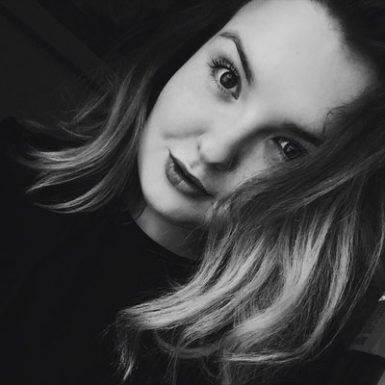 Jessica Fender is a professional content creator, copywriter, and editorial manager on a number of content writing projects. Her experience in digital marketing and professional development has enabled her to write better articles, essays, and case studies on these topics. Jessica enjoys reading personal development lit and listening to podcasts.