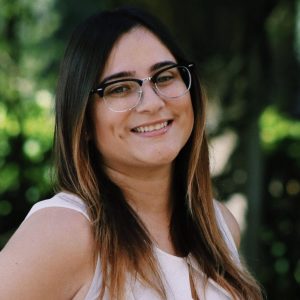 Yara Zayas is a writer, photographer, videographer and editor. She graduated with a bachelors degree in journalism from the University of South Florida. She currently works as a nightside video editor at WFLA News Channel 8 and has previously worked with America's Got Talent, CNN, MSNBC and ABC Action News. She wrote an article on college life and anxiety that was published on MTV. She was also a producer for a radio segment at WUSF, Tampa's NPR affiliate. At USF, Yara was also a multimedia journalist. She worked with Florida Focus, an on-campus TV newsroom that aired news briefs on WEDQ. While at Florida Focus, she shot and edited video, reported stories, produced shows, and anchored newscasts.

Have you considered hosting a sustainable event? The idea may be more daunting than the planning itself. Here are some ideas to help your sustainable event planning go as smoothly as possible. So, what can we do? Is it possible…

Apple introduced their first major app for Android devices on Tuesday November 10. Thanks to Apple for expanding their platform, Android-based smartphones and tablets will now have the Apple Music app. The music app will let Android users subscribe to…