Copyright Infringement in the Music Industry

Many artists are influenced by the singer/songwriters they admire. Copyright law gives the creators of original music exclusive rights to their works. In this post, Debbel Egel discusses the copyright battle between Nicki Minaj and Tracy Chapman. She highlights sampling, copyright infringement, and so much more.

Copyright Infringement in the Music Industry

Generally, when it comes to sampling others’ work, you need to obtain legal permission from the copyright owners of the sampled music. This is called “sample clearance”.

A few ways to try to protect yourself are:

What is Copyright Infringement?

According to the US Copyright office, “copyright infringement occurs when a copyrighted work is reproduced, distributed, performed, publicly displayed, or made into a derivative work without the permission of the copyright owner”.

Interpolation is when an artist may re-record elements of the music such as the melody or the lyrics to create the effect of sampling the music without using the master recording. // This is typically used when an artist or producer can’t get approval to clear a sample, or if waiting for clearance is taking too long or costs too much money.

Since it costs a lot of money to market and promote music, in addition to having to pay the mechanical fees for interpolation, it may not be financially sound for artists or Indie labels to take this route.

Fair use is an exemption to U.S. copyright law. It allows the copyrighted work to be used in certain circumstances without permission or payment for a limited purpose, such as educational use, to comment upon, criticize or for a parody.

The courts want to protect copyright owners, but they also want to encourage creativity. The courts are more likely to find that educational uses that are noncommercial are fair. However, the courts have also allowed some commercial use when they believe the new work is transformative.

Here are some factors the court looks at to determine if the sample falls within “fair use”:

Nature of the copyrighted work // Whether or not you have transformed the copyrighted music and made it your own. The courts want to encourage creative expression, music itself is imaginative, so the courts are less likely to support a claim of fair use.

Effect of your use of the copyrighted work’s value in the market // The court will consider whether your use hurts the current market value of the original work.

Which Legal Entity Is Right For Your Music Business?

How to Trademark Your Artist Name

Nicki Minaj worked on a song titled “Sorry” with Nasir Bin Olu in 2017. At that time, she thought she was remaking a song created by Shelly Thunder. However, she later came to find that the melody and lyrics belonged to Tracy Chapman’s “Baby Can I Hold You”, which was released on her first album in 1988.

Nicki’s team asked Chapman for permission, but Chapman refused. At that point, the new song created by Minaj “Sorry” was dropped from her 2018 album “Queen” prior to being released. This would have been the end of the story, but the song was played by DJ Funk Flex on air in NY on the radio. Thereafter, the Breakfast club also played the song, leading to the song being widely available online. In response, Minaj and her team denied they supplied the song to DJ Funk Flex.

Then, Chapman sued Minaj for copyright infringement. Minaj’s team argued that it was “Fair Use” for Minaj to create “Baby Can I Hold You”. The judge, in part, agreed with Minaj’s team. He held that “Artists usually experiment with works before seeking licenses from rights holders and rights holders typically ask to see a proposed work before approving a license,”.

He went on to state a “ruling uprooting these common practices would limit creativity and stifle innovation within the music industry”. So it may look like Minaj is in the clear, but the case did not end there.

The judge also held that distribution of the work “Sorry” would have to be presented to a jury to determine whether Minaj or her representatives had culpability in allowing the song to reach DJ Funk Flex.

Note: Public airplay and further distribution is at the heart of the case now. Chapman and her team believe that her legal rights were infringed and are fighting to protect Chapman’s rights.

John Gatti, her attorney, stated this case is to “ensure that the works of creators and copyright holders are not commercially exploited without consent”.

Now, we will have to wait and see what the jury determines.

Remember, each case is fact specific. Courts rely on many factors, including prior copyright decisions. This means that there is no secret formula to ensure your use of a copyrighted work can be released commercially without permission. All in all, it’s best to either get your samples officially cleared, or steer clear altogether.

This information is brought to you by Debbie Engel, an attorney whose practice includes writing and reviewing music contracts, running an independent label for over 10 years; and developing indie artists. Debbie has a deep appreciation of the business of music as well as her legal knowledge as a practicing attorney. Symphonic does not provide legal or tax advice. You should consult with your personal legal and tax professionals regarding your specific situation before making any important decisions. 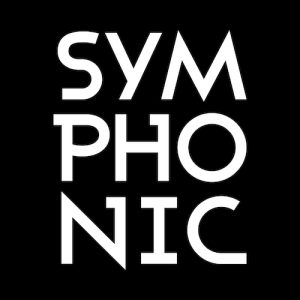 Debbie Egel is an attorney whose practice includes writing and reviewing music contracts, running an independent label for over 10 years; and developing indie artists. She is knowledgeable of the economics of music, the DIY process, and has written an instruction manual for Indie artists, labels and managers called “For The Record” and teaches an on-line course. Debbie has a deep appreciation of the business of music as well as her legal knowledge as a practicing attorney.